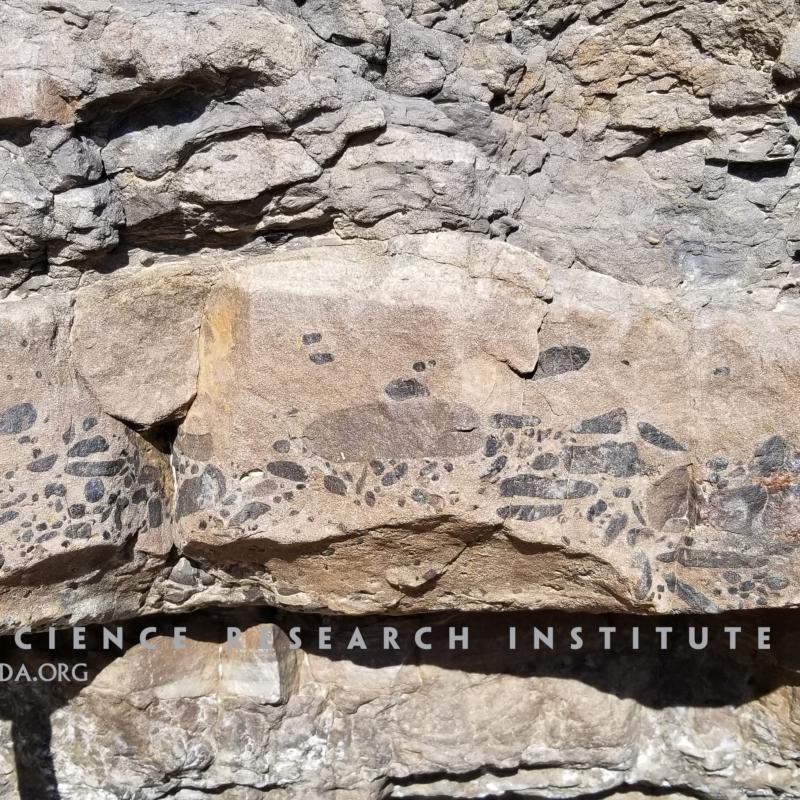 Elongated pebbles concentrated at the base of a sandstone bed. Some pebbles show evidence of boring. They probably were transported during a sediment gravity flow from shallower to deeper marine settings. Photo taken along the Quebrada Morochata, Bolivia. 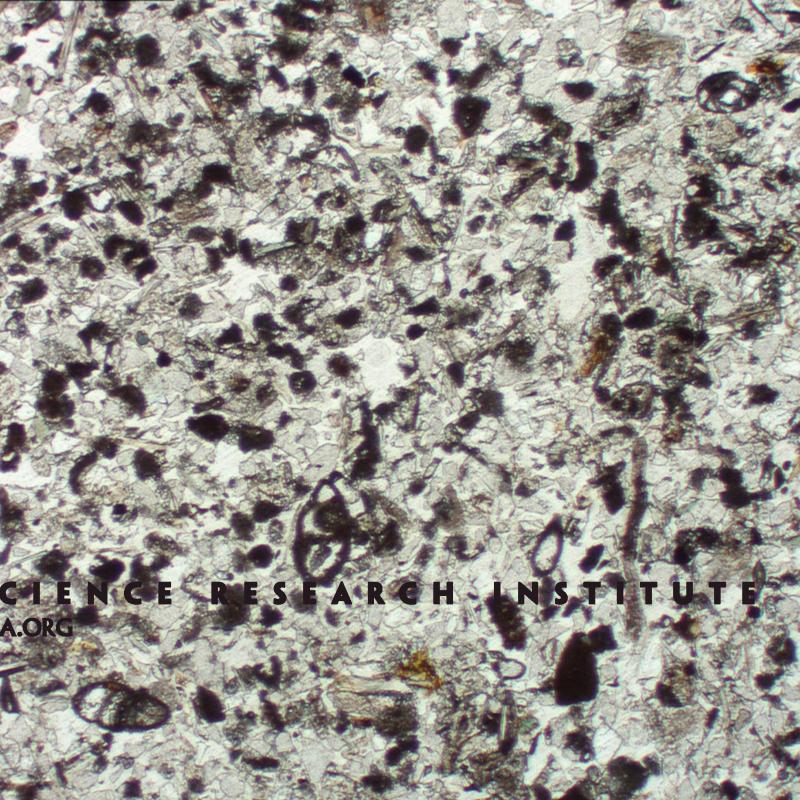 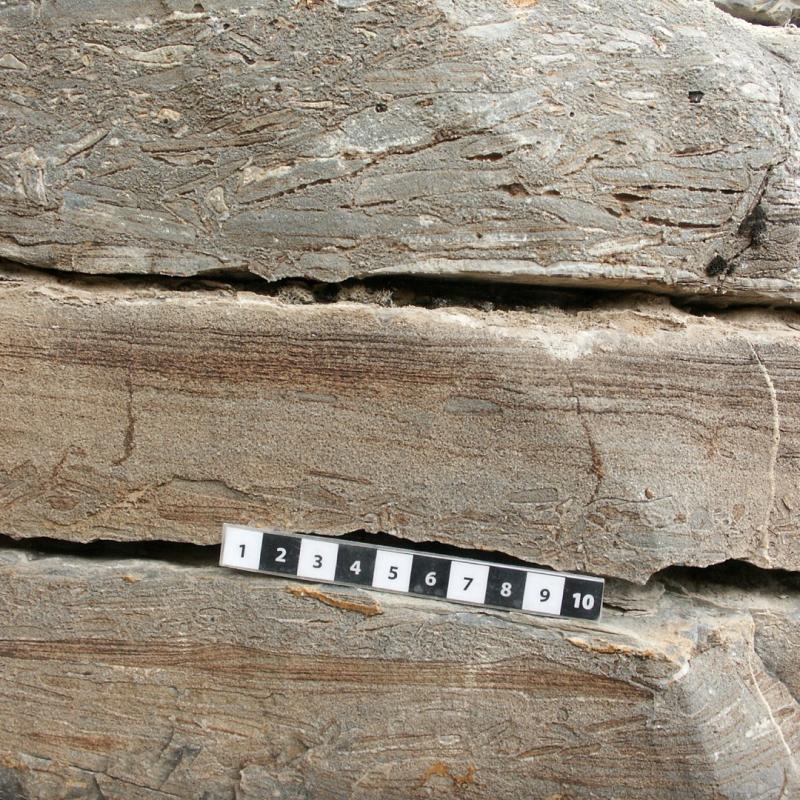 This picture shows three beds containing numerous intraclastic flat pebbles from upper Cambrian strata of the Notch Peak Formation, Utah. We find analogous flat-pebble conglomerates in lower Paleozoic strata from many different regions of the world, including China, North America, Australia, and Korea. In this and other similar cases, Paleozoic rocks record a global signal. Scale in cm. 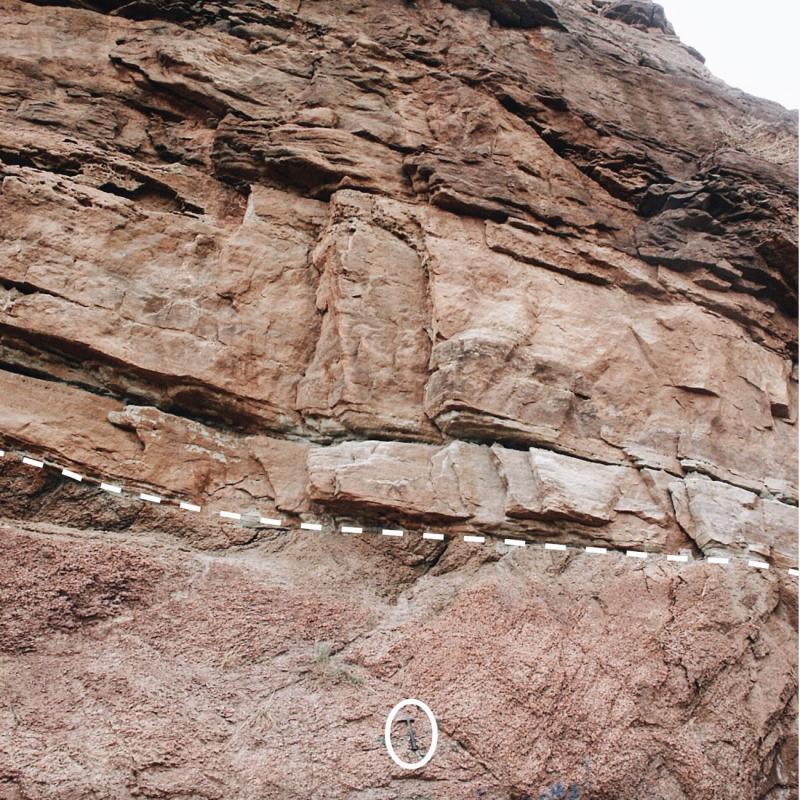 In many places around the world (and through most of the North American continent) Paleozoic rocks have a sharp discontinuity at their base. This widespread erosional surface, called “the Great Unconformity,” often separates layered sedimentary rocks from underlying metamorphic and igneous rocks (the so called “crystalline basement”). In this photo taken near Manitou Springs, CO, USA, the Great Unconformity is marked by the dashed line and overlain by the Cambrian Sawatch Quartzite. Hammer (encircled) for scale. 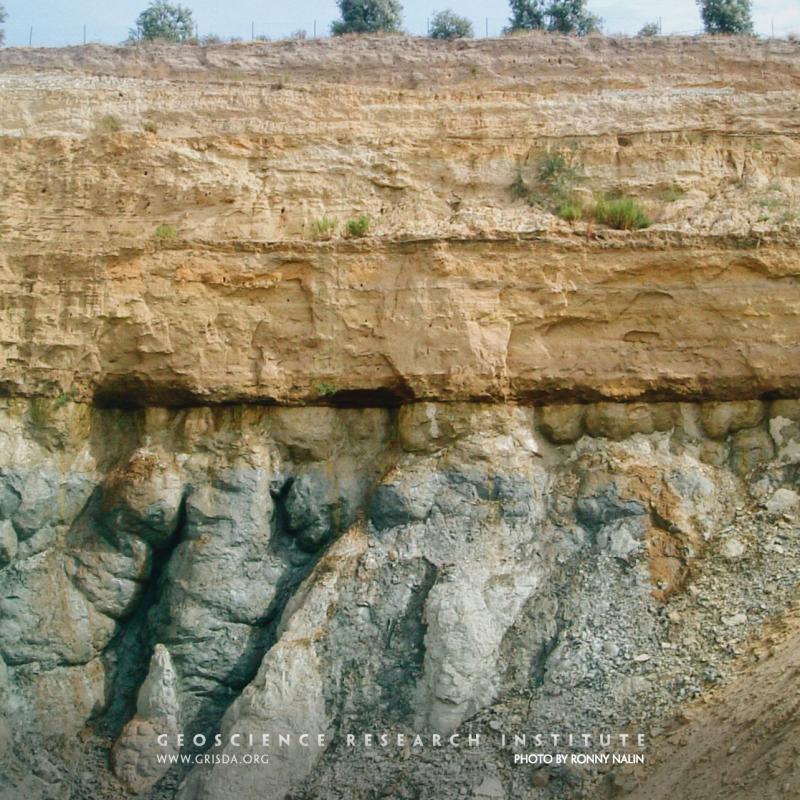 The flat erosional surface separating gray clays (Argille Subapennine Fm., Pleistocene) from yellowish sands is called ravinement surface and was cut by waves in shallow water. Erosional surfaces in the rock record are essential for reconstruction of sea level and tectonic changes. They help unraveling the history of our planet but also illustrate the power of geologic processes. Photo taken near Canosa, Puglia, Italy. 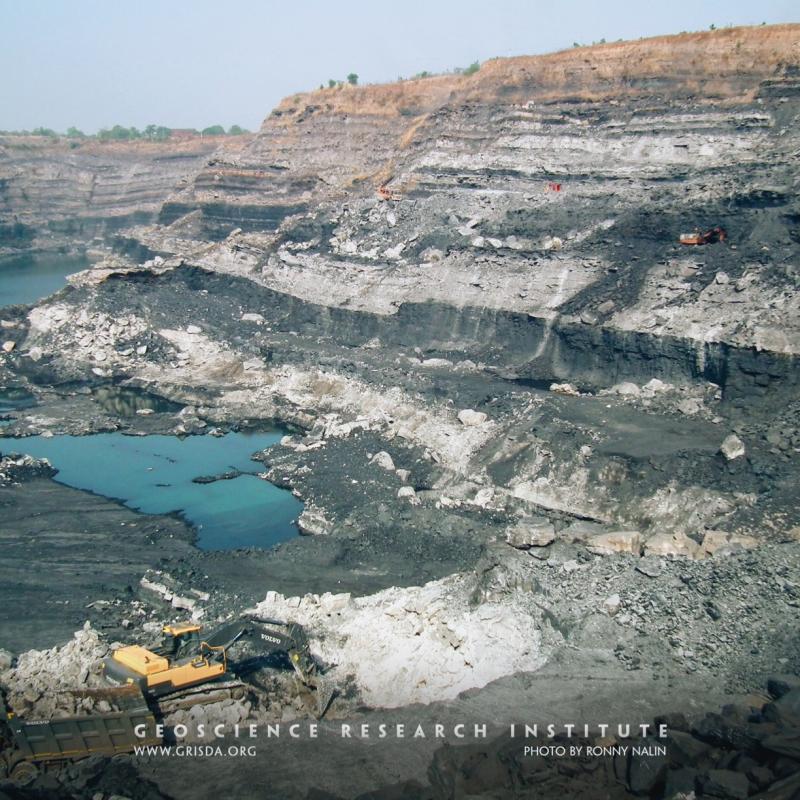 TOPA open-pit coal mine, Jharkhand, India. Laterally extensive coal seams represent a significant reserve of fossil fuels. No modern analogue can be offered as a counterpart to some of these ancient beds. 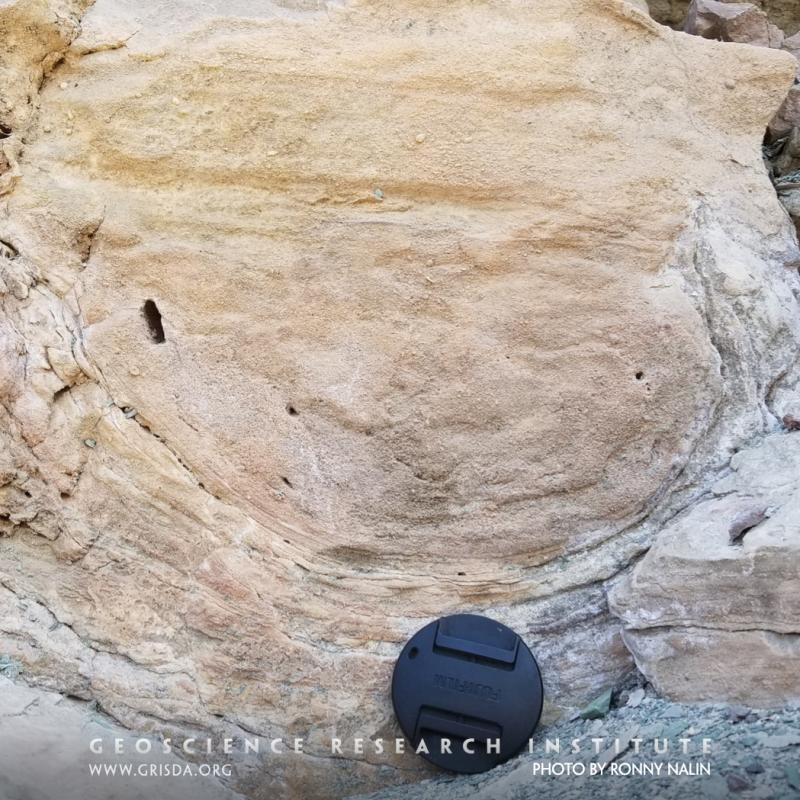 When sediment is still unconsolidated, it can deform under sudden solicitation (e.g., seismic shocks or load by additional sediment). Water expelled from intergranular pores can generate distinctive soft sediment deformation structures, known as ball-and-pillow structures or load structures, typically found at the contact between sandstone and mudstone beds. 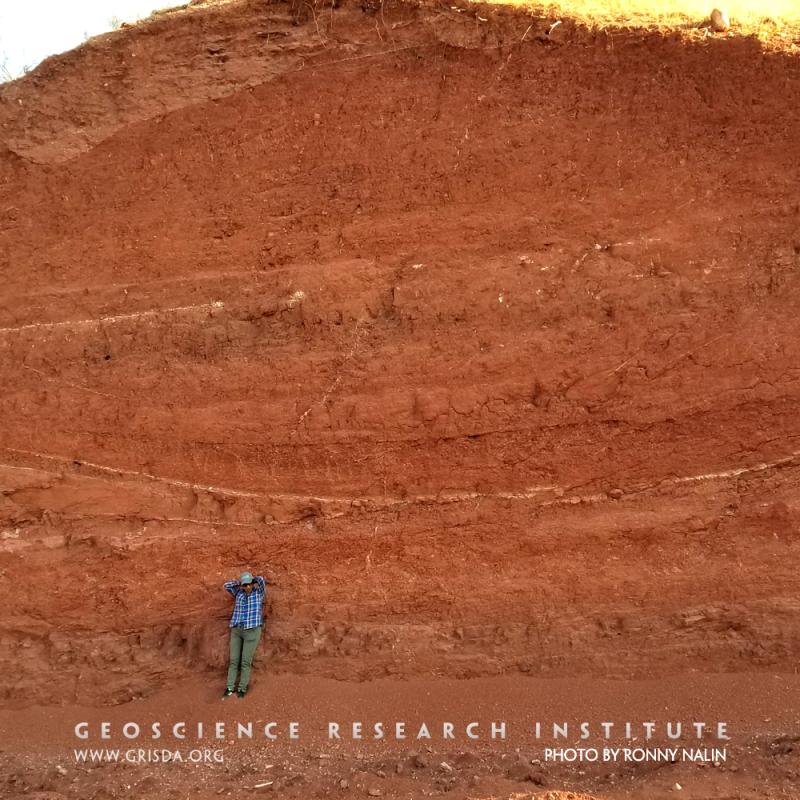 In sedimentology, a channel is a lensoidal architectural element with a concave erosional base. 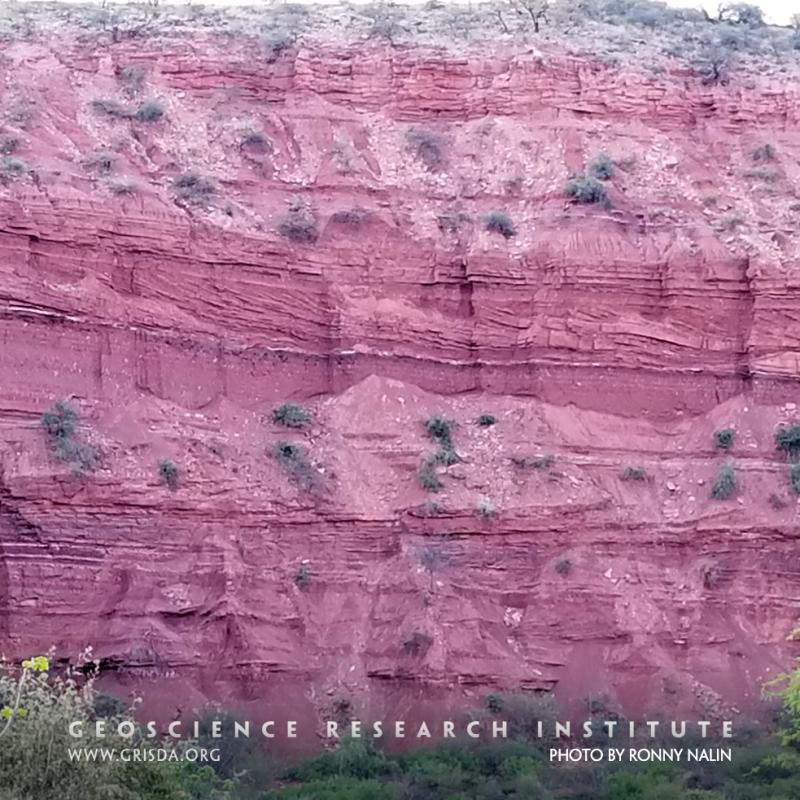 As meandering rivers move on a floodplain they can generate distinctive cross-stratified deposits related to lateral migration of point bars. The cross-set at the center of the photo is several meters thick. 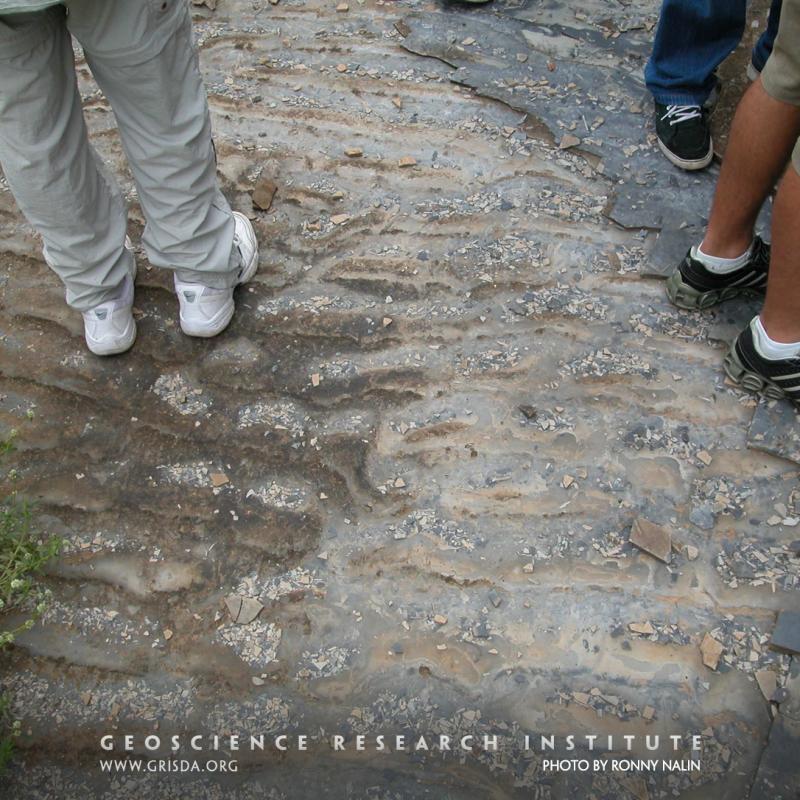 Walking on water? Not really, but these ripples, now petrified, formed under shallow water and are exposed on the floor of a quarry at the Varvito Park, Ito, Brazil. They are part of exposures of Permian sandstone from the Itararé Group. The ripple crests are mostly linear and the profile of the ripple is asymmetric, allowing to reconstruct the direction of flow (towards the viewer). 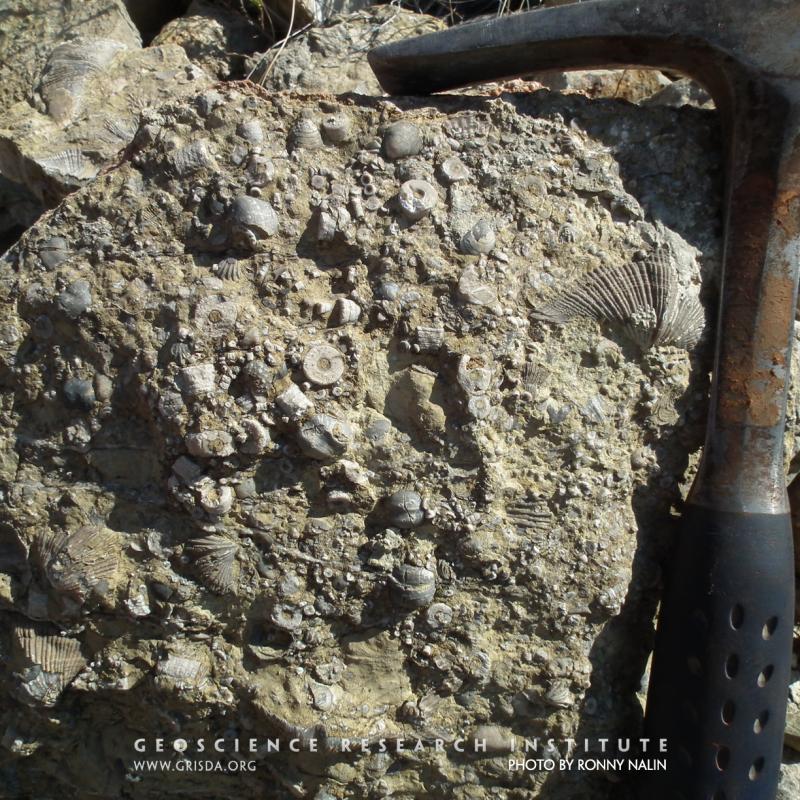 Accumulations of skeletal fragments of marine invertebrates are common in the geologic record and are important for reconstruction of depositional processes. This is a Permian example from the Copacabana Fm. of Bolivia, dominated by brachiopods (including Neospirifer condor) and crinoids. 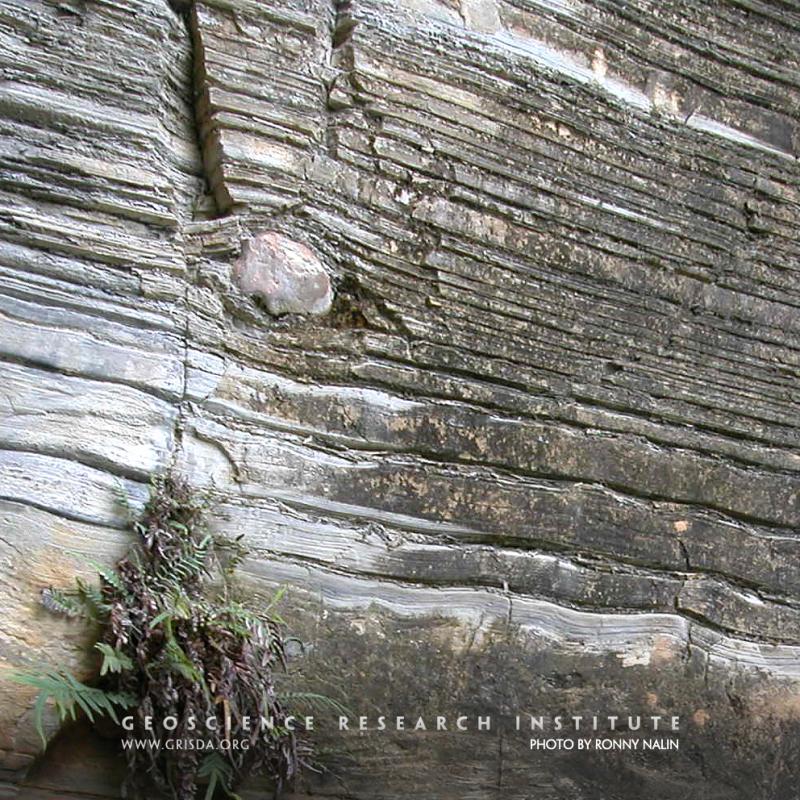 Dropstones are outsized rock clasts much larger than the average grain size of the surrounding sediment. Rather than being laterally transported by a flow, they show evidence (in the form of displacement of underlying lamination) of vertical sinking onto the substrate. The dropstone in the picture has a diameter of about 20 cm and is included in turbiditic deposits (Permian Itararé Group, Itu, Brazil). 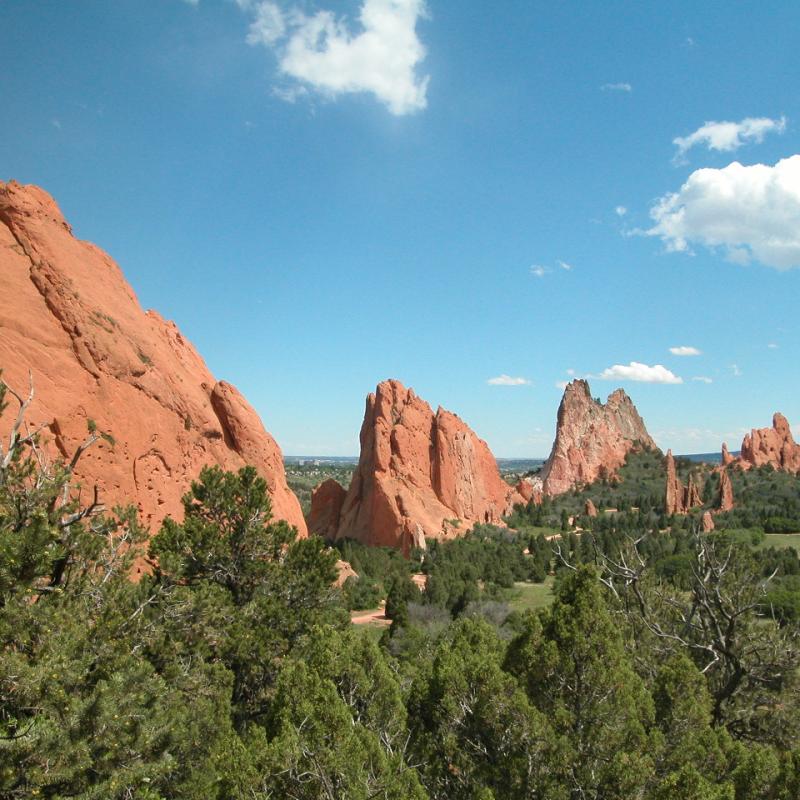 UPLIFTED: Garden of the Gods, Colorado Springs --- Layers of Lyons Formation sandstone were tilted vertically when the Rocky Mountains were uplifted. 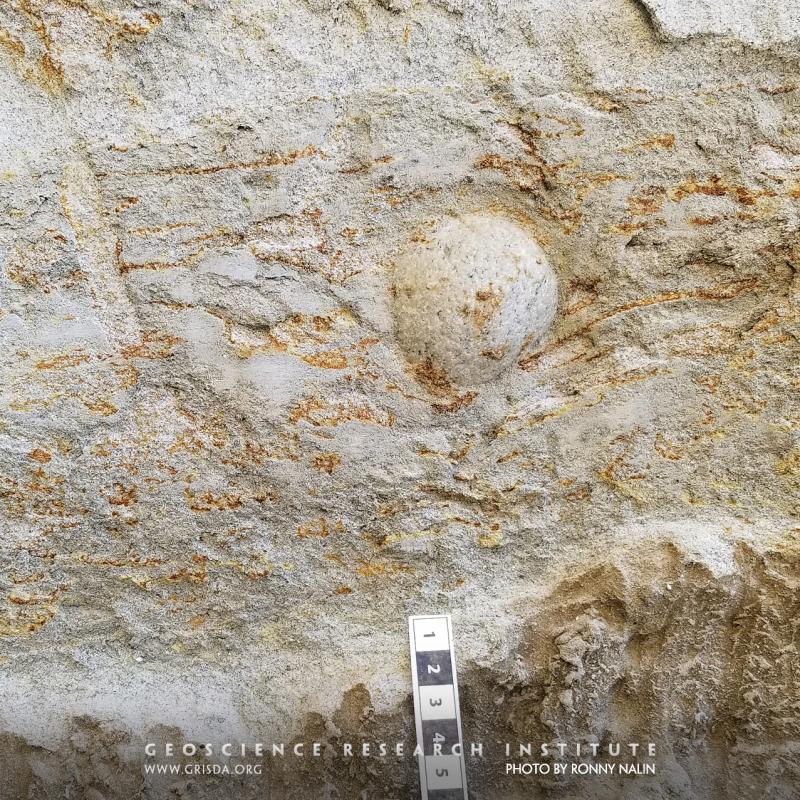 Outsized clasts are isolated rock fragments encased in much finer sediment and their mode of transport and deposition is therefore puzzling. One way to explain their occurrence is the "dropstone" model (vertical sinking from floating rafts or icebergs). However, gravity flows can also carry outsized clasts in sand-laden waters. This picture shows a well-rounded granitic outsized pebble encased in bioturbated sandy turbidites of a submarine channel complex of the Mio-Pliocene Capistrano Formation (San Clemente State Beach, California). Scale in cm. 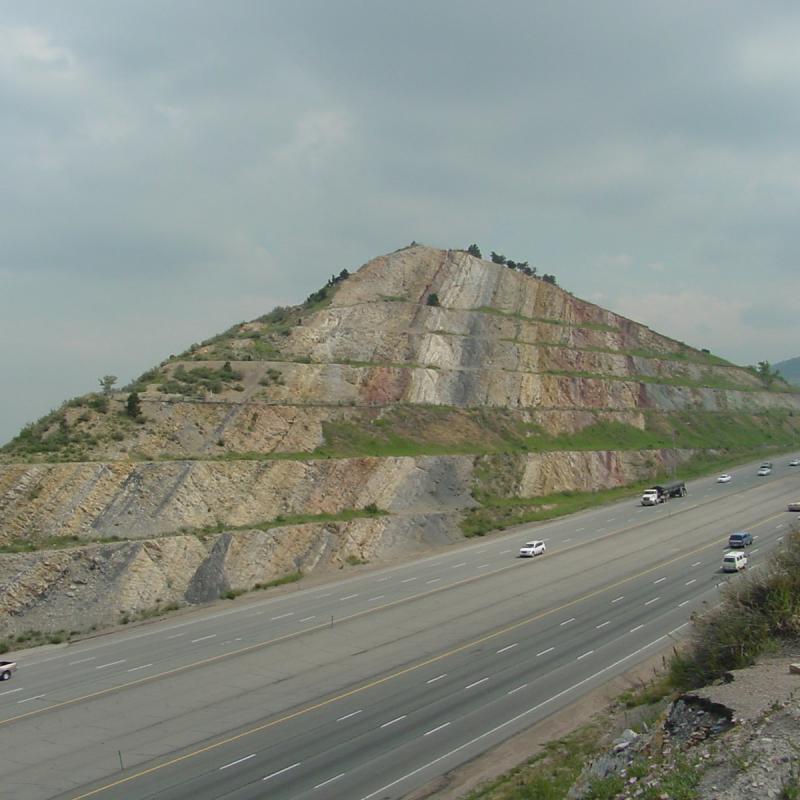 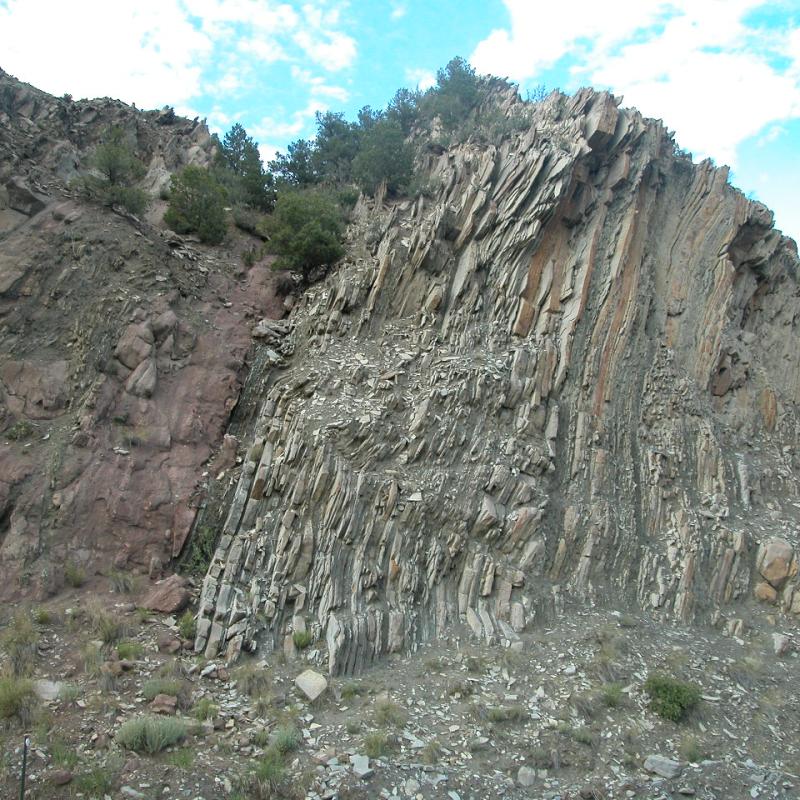 UPLIFTED: Turbiditic deposit near McCoy --- Deposition is by underwater mudflows. Vertical layers are due to later uplift of hardened rock. 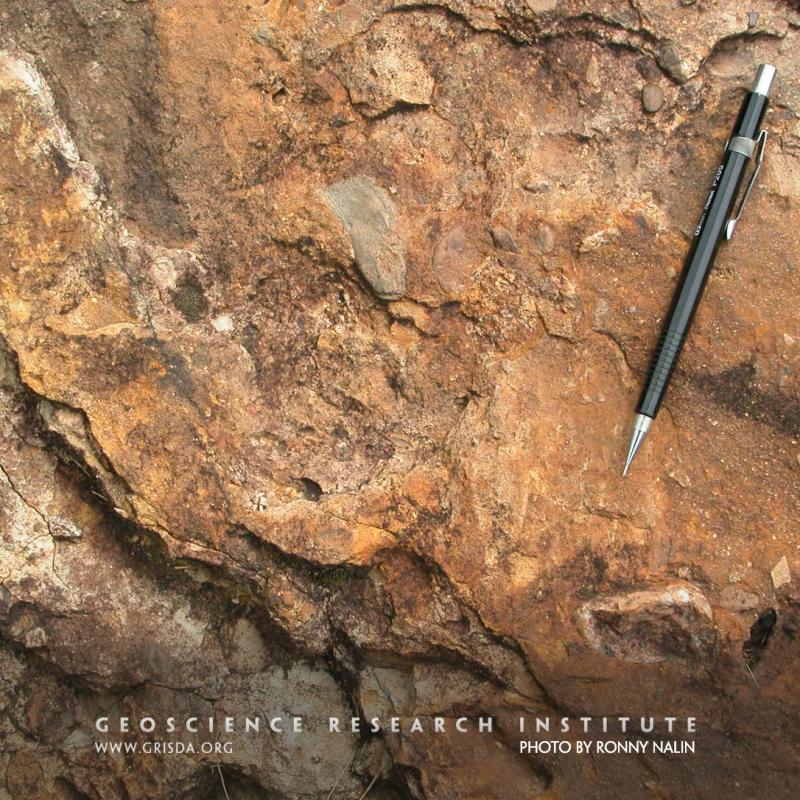 Diamicton is the term used to describe a poorly sorted, matrix-supported, clastic deposit with particles of a wide range of sizes. There are many processes that can generate diamicton, but this type of deposit is often associated with the action of glaciers. This photo shows a Permian example of lithified diamicton (diamictite), from the Paranà Basin, Brazil, found above a striated bedrock surface and traditionally interpreted as glaciogenic. 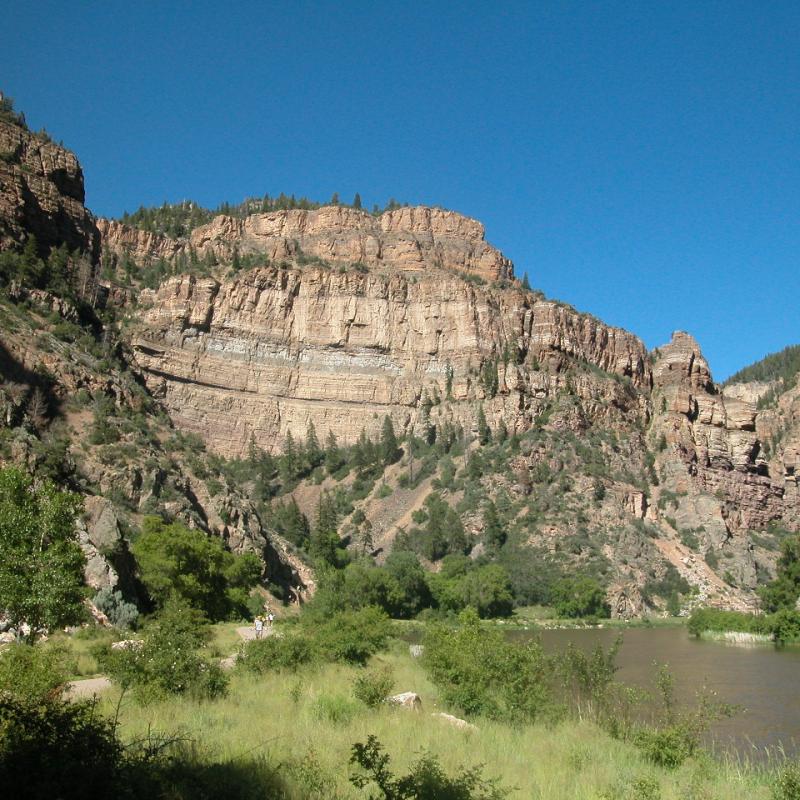 PARACONFORMITY: Hanging Lake area, Glenwood Canyon --- An unconformity occurs between the lower Ordovician Manitou Formation and the upper Devonian Chaffee Group. [The Manitou Fm extends left horizontally from the lone tree on the sloping skyline ridge in the middle of the picture. The formation is about twice as thick as the tree is high. The Chaffee Group is about the same thickness and is the next higher layer with many tree growing along the top of it on the skyline.] The 25 million year-long Silurian period is missing between them, although no evidence is found here for major erosion in the lower layer. 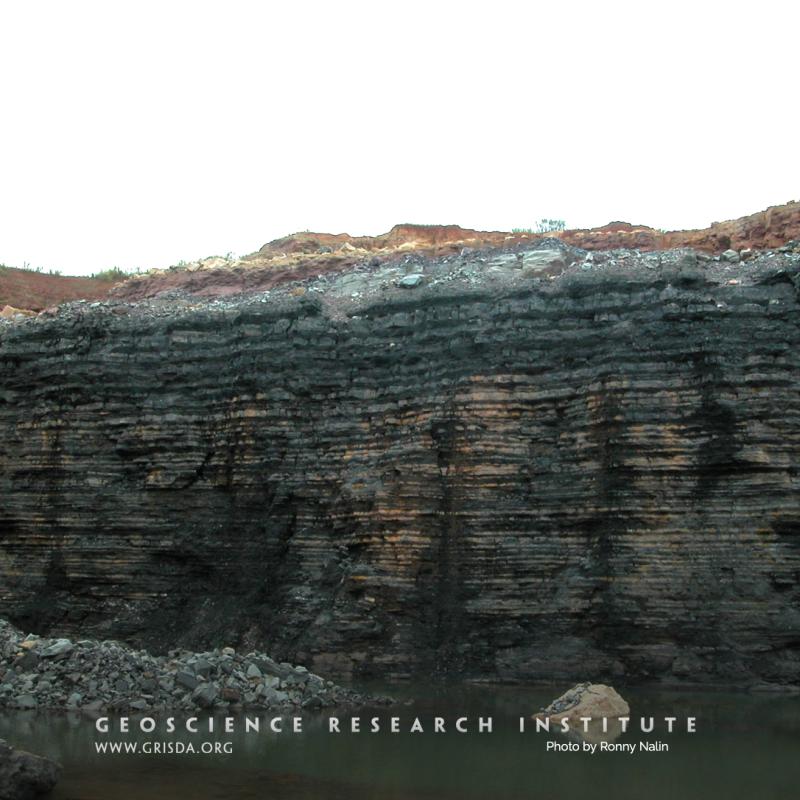 Cyclical bedding with alternating beds of black shale and dolomite. Permian Irati Fm., Brazil. A thickening-upwards of the beds is distinguishable. High-frequency cycliclity is one of the many patterns can be found in the sedimentary record. Vertical face is about 3 meters high. 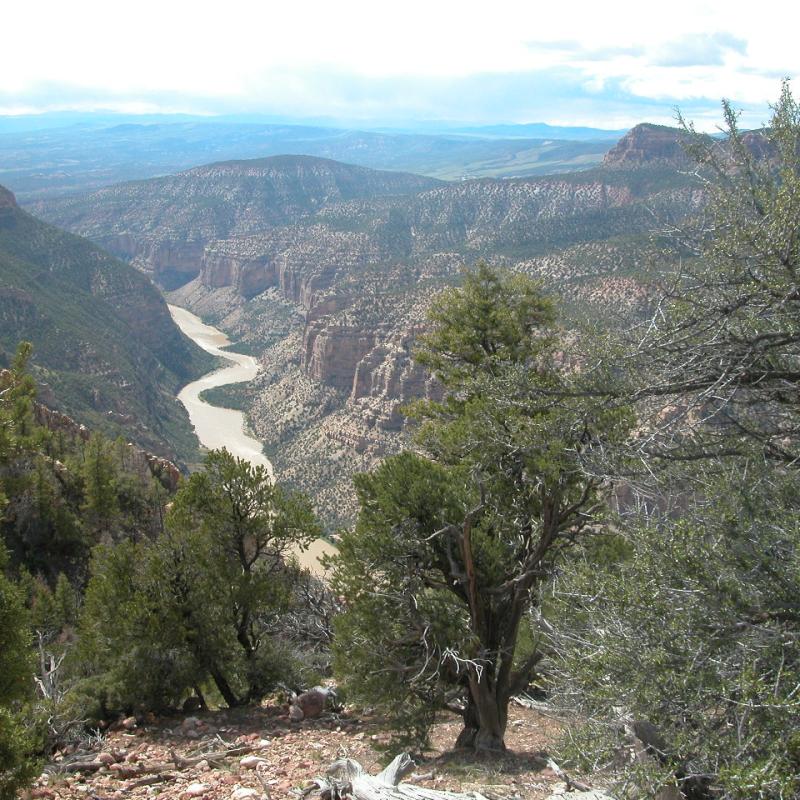 PARACONFORMITY: Whirlpool Canyon, Dinosaur N.M. --- The Mississippian Madison Limestone forms the cliff about a third of the way up the canyon walls to the right of the Green River. Below it is the Cambrian Lodore Formation. In between the Ordovician, Silurian, and Devonian Periods are missing. The resulting unconformity is barely discernible although it represents a break of possibly 155 million years. 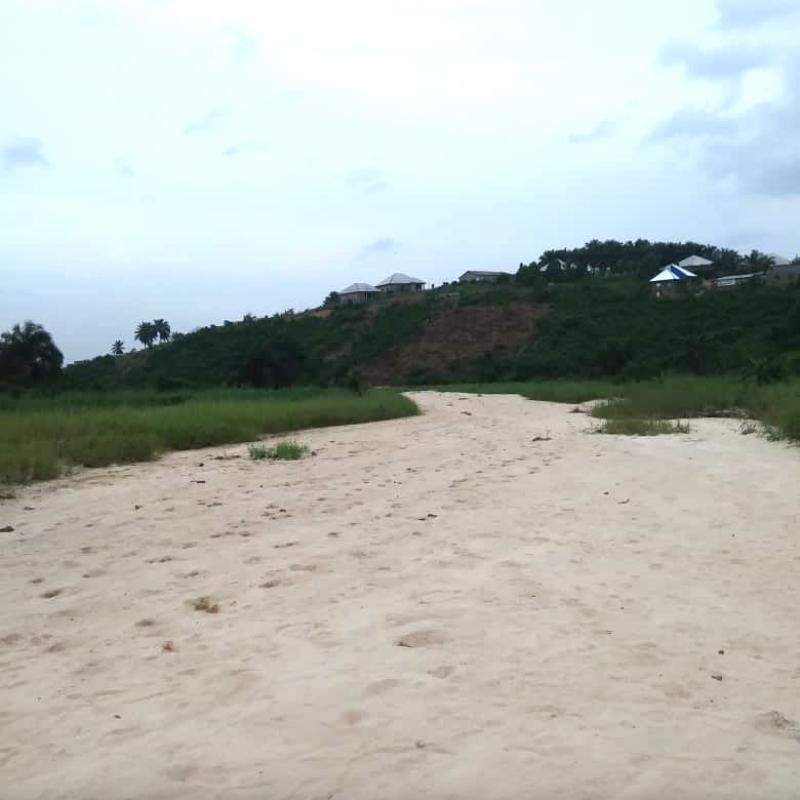 After a flooding event, when waters are carrying much suspended sediment, the bed of a river can suffer siltation, becoming extensively covered by relatively fine-grained particles. This picture shows an example of this process from southern Nigeria. 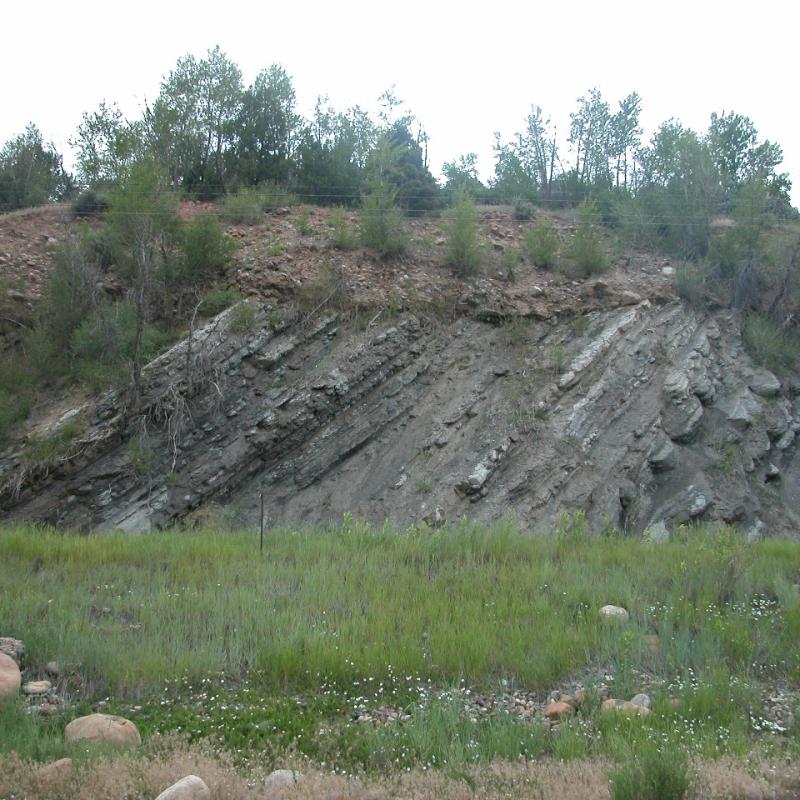 ANGULAR UNCONFORMITY: Along Interstate-70, New Castle --- Rock layers were deposited, hardened, uplifted at an angle, eroded flat, and then more rock was deposited on top. 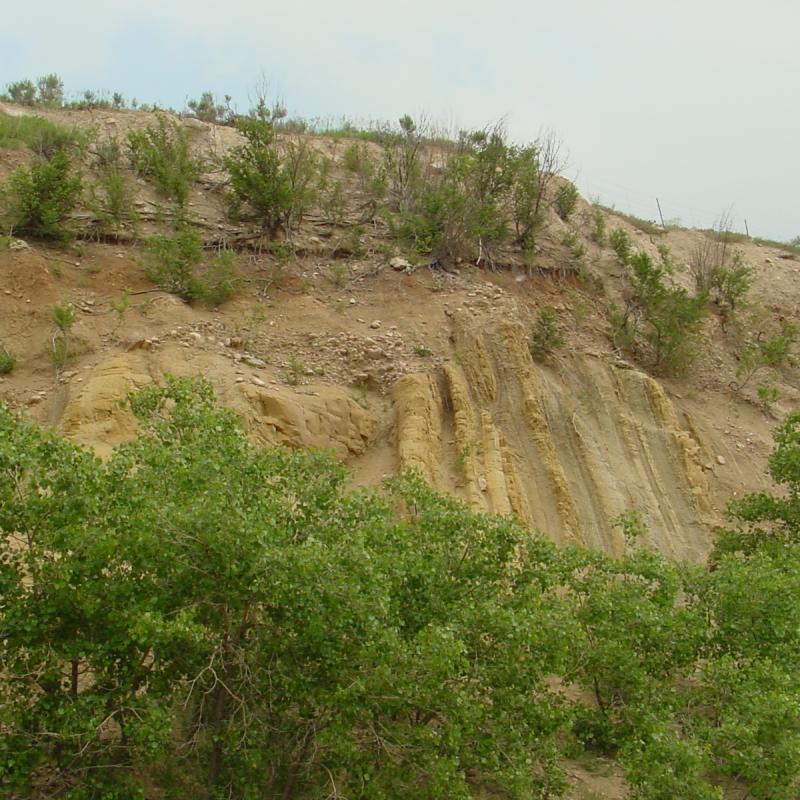 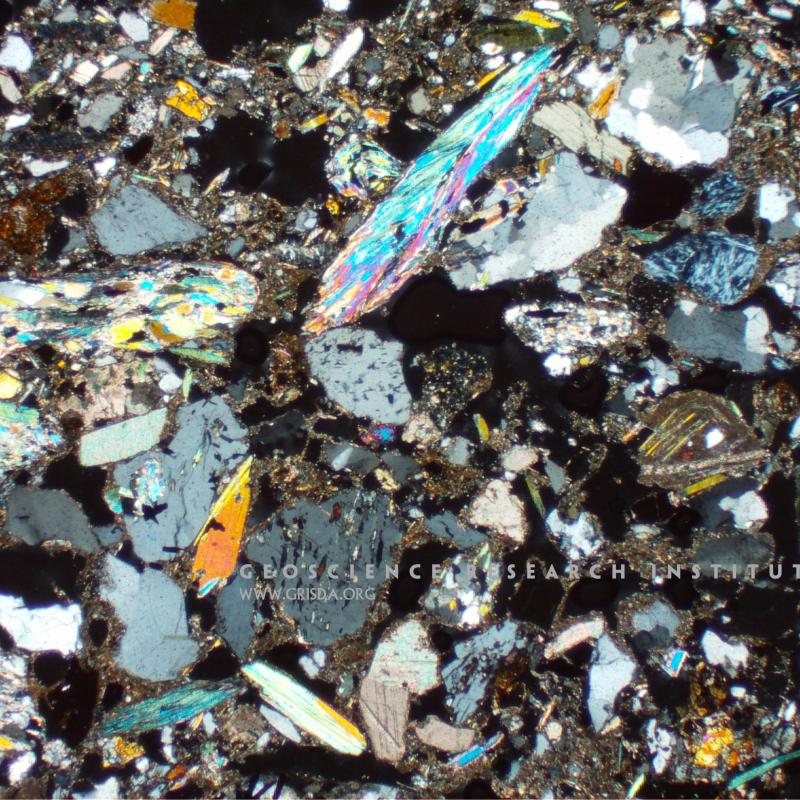 Thin section microphotograph (in cross-polarized light) of a poorly sorted sandstone from Pliocene strata of the Sorbas Basin, Spain, containing lithic fragments of metamorphic rocks and gypsum clasts. The high birefringence colors of muscovite contrast with the gray colors of quartz. Field of view is several cm wide. 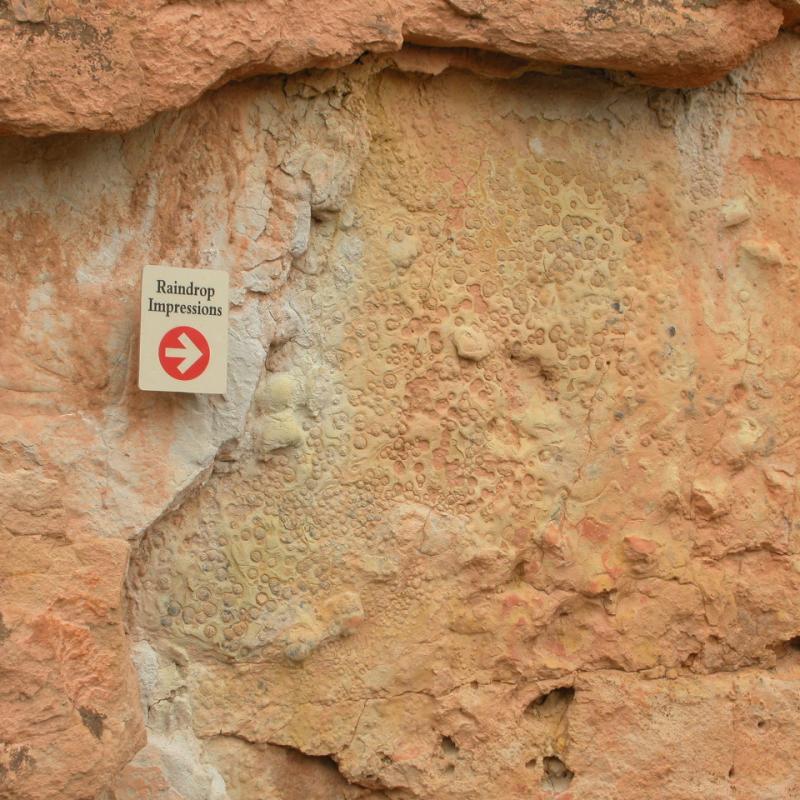