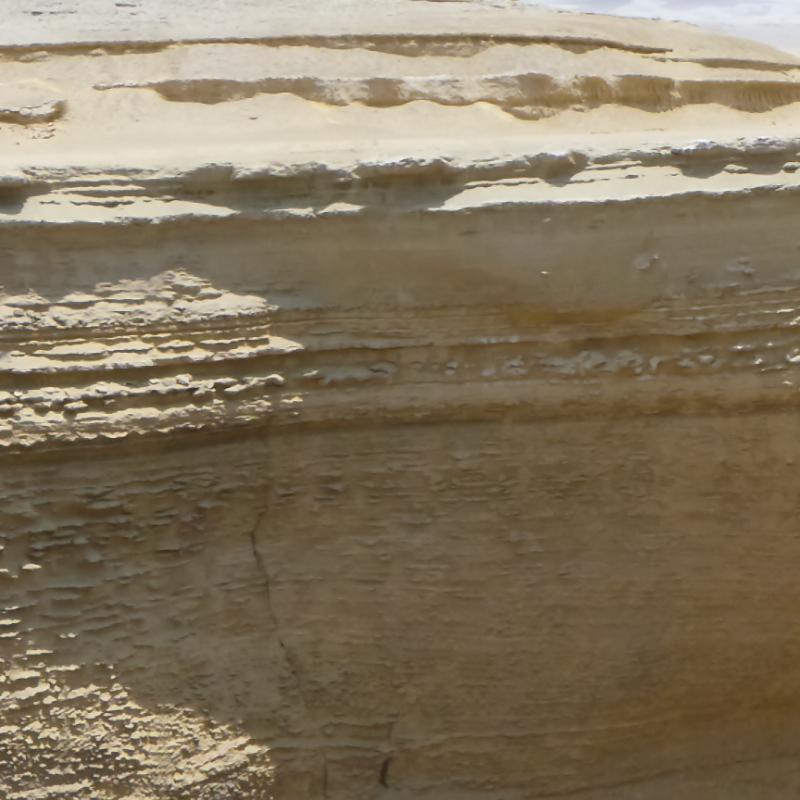 Gramadal canyon. The morphology of this canyon suggests that it formed in one or more rapid catastrophic discharges of water, which excavated the substrate. 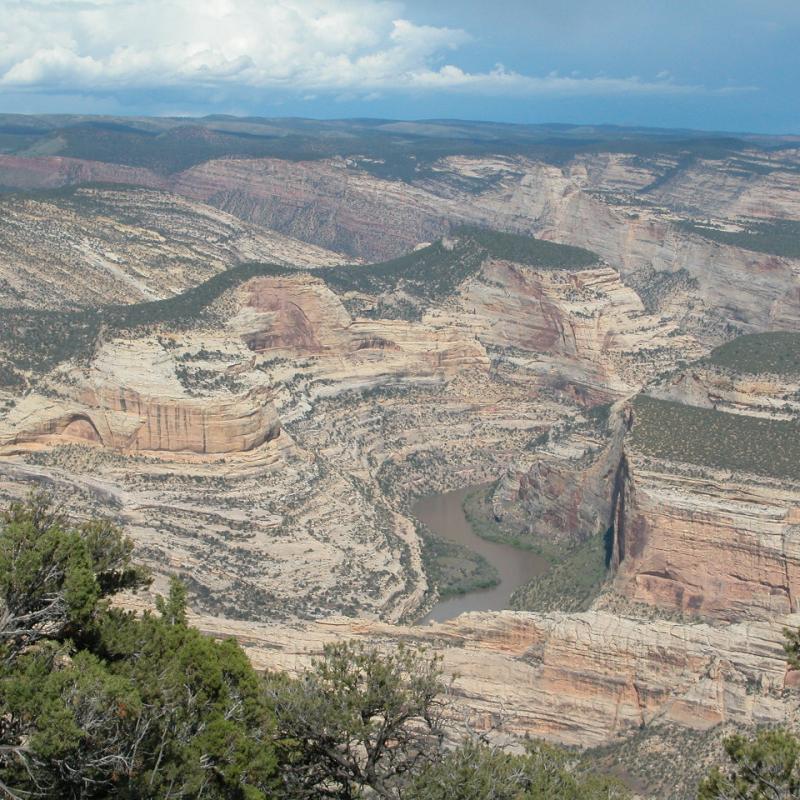 Harpers Corner, Dinosaur National Monument --- At the floor of these canyons of the Colorado Plateau run the Green and Yampa Rivers. 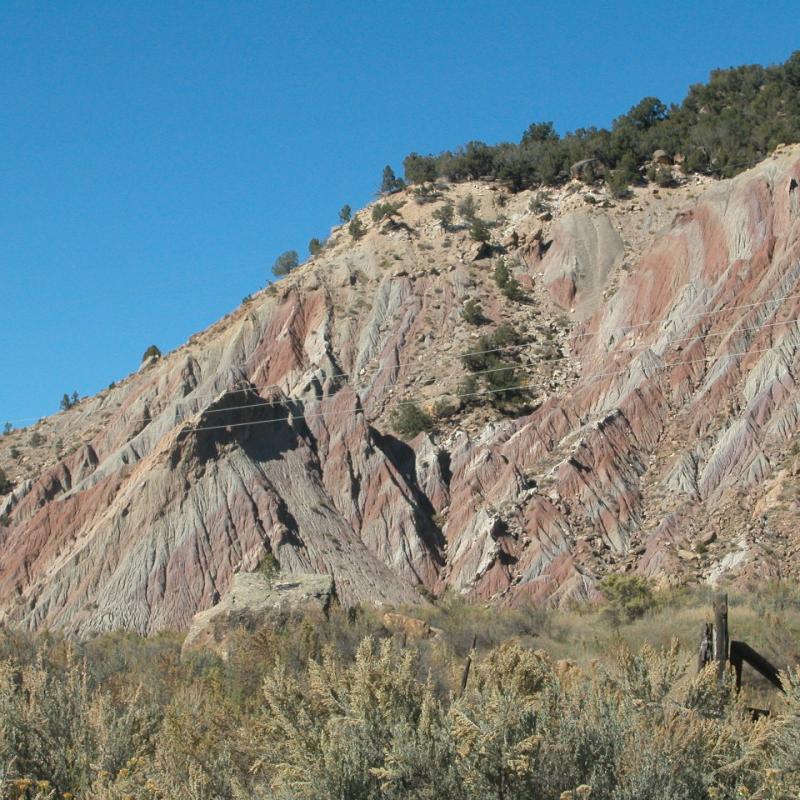 Badlands, Wasatch Formation, Rt.13 north of Rifle --- The sandstone has been eroded into badlands and teepee-shaped mounds. 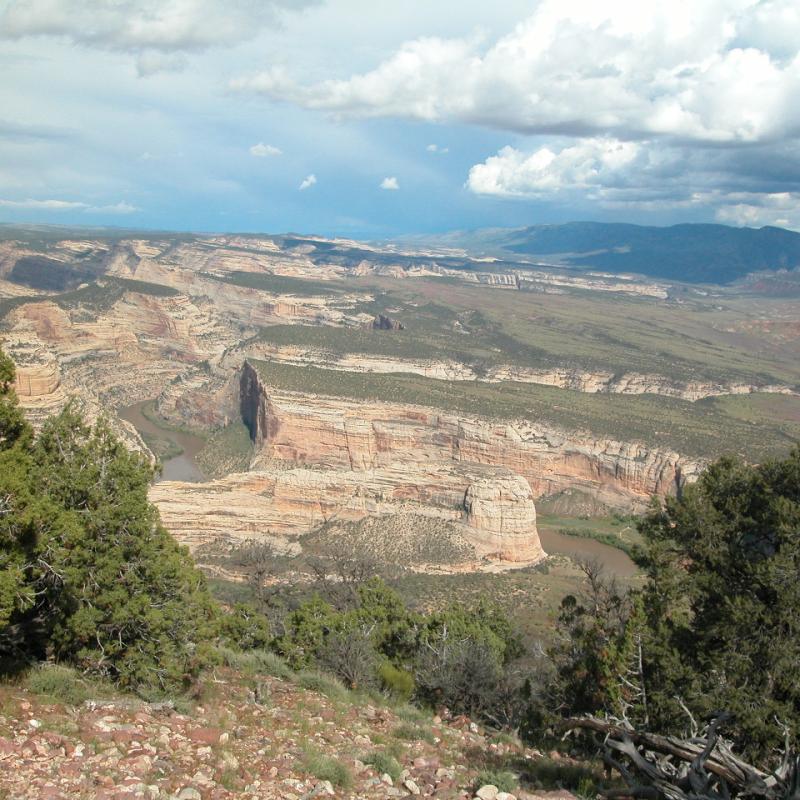 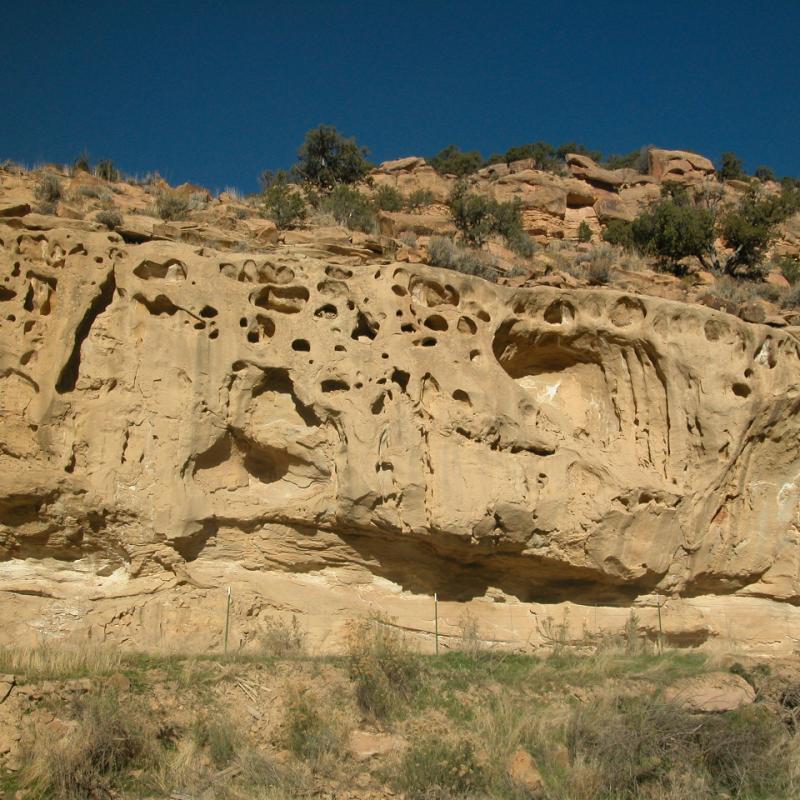 Honeycomb weathering, Mesa Verde Fm, Rt.139 north of Grand Junction --- Freezing and thawing of wet sandstone cliffs loosens the sand grains that are then blown away by the wind.