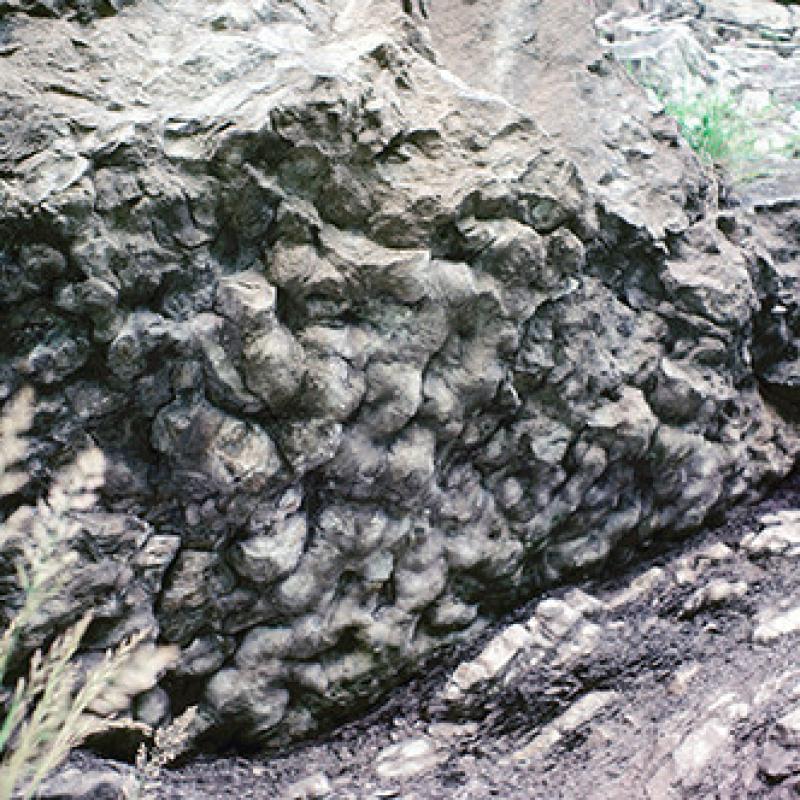 View looking up at the underside of a C unit in a Lofer cyclothem. The numerous bulbous forms which project downwards are called load casts. Load casts are often associated with turbidites. One bulb would be around 10-20 cm in diameter. 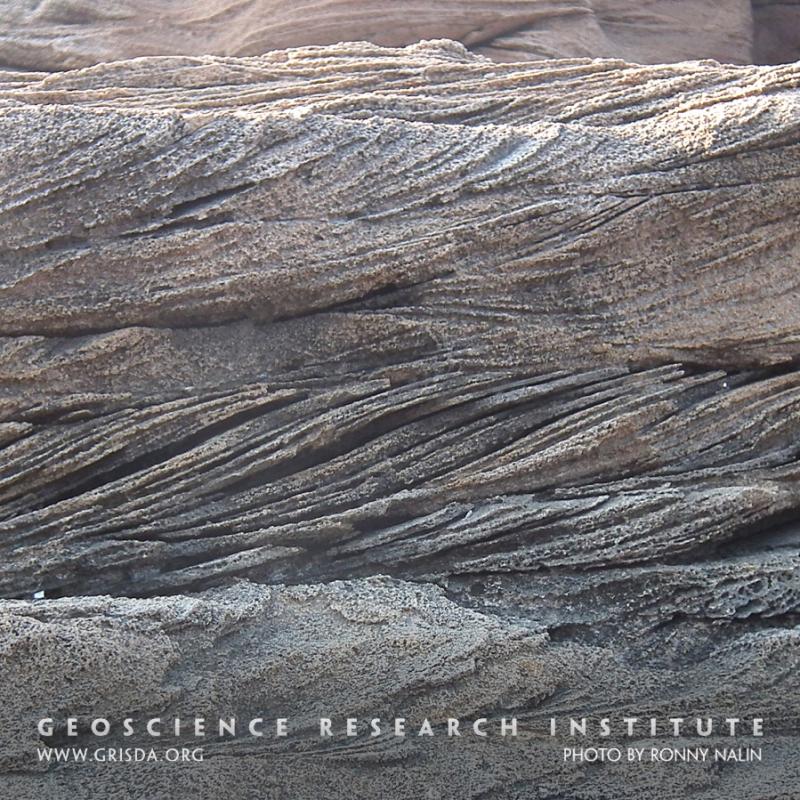 Sedimentary structures like these cross-sets form through the migration of sand dunes on the sea bottom under the action of a current. They can be used to infer flow directions and energy, and even aid in the interpretation of the general depositional system. Pleistocene calcarenites from Le Castella, Calabria, Italy. 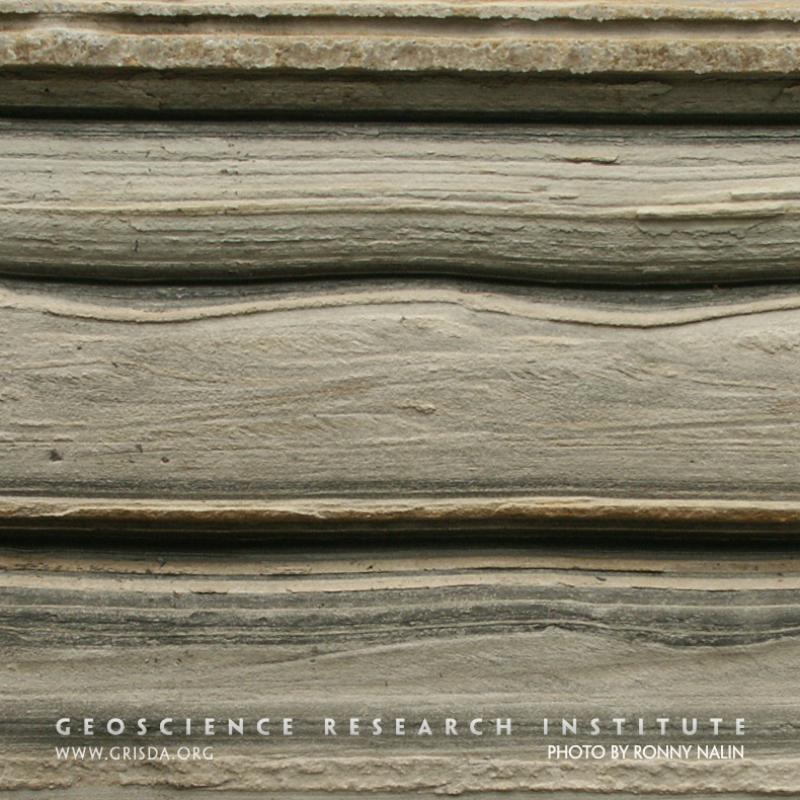 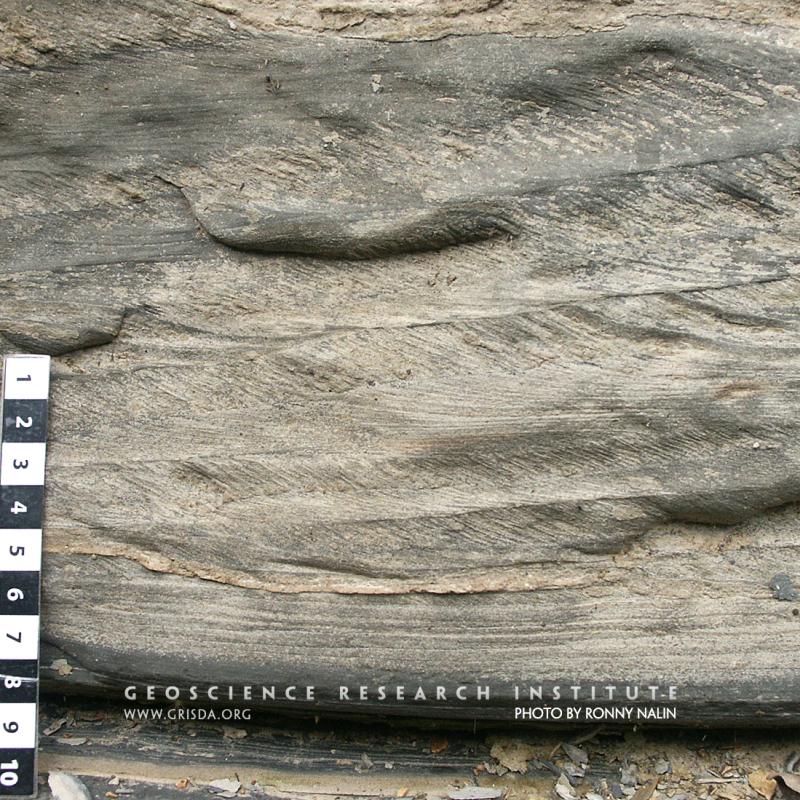 When a fluid laden with sediment rapidly drops some of its load as it is flowing, a sedimentary structure named "climbing ripple lamination" can form. It is characterized by superimposed ripple crests (or ripple cross-sets) migrating in the direction of flow. Photo taken at the Varvito Park, Ito, Brazil, with exposures of Permian strata from the Itararé Group. Scale in cm. 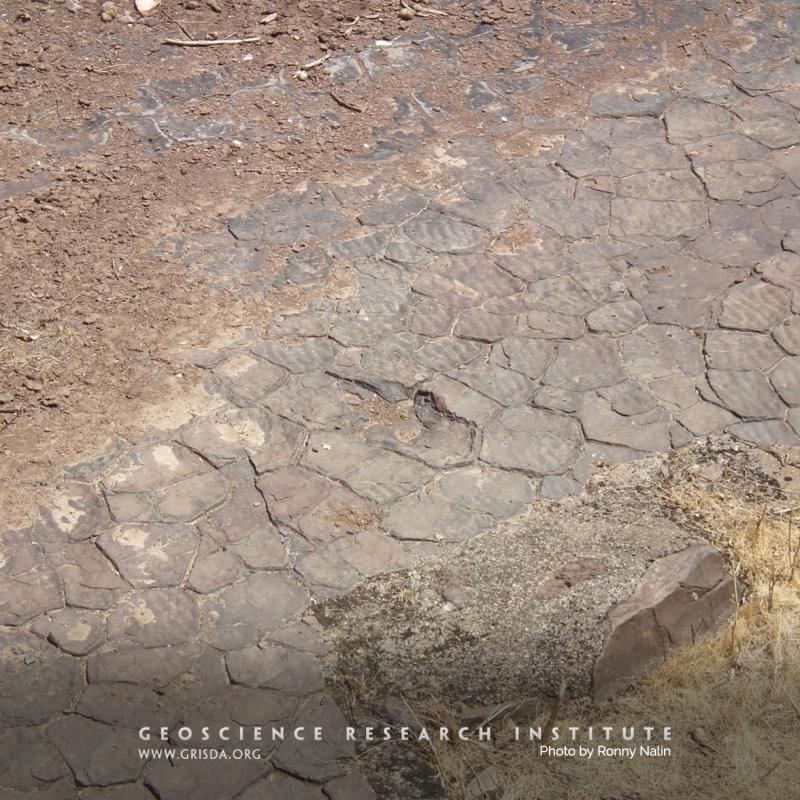 On the surface of this Cretaceous mudstone bed from the Sousa Basin of Brazil, one can see both polygonal cracks (indicative of subaerial exposure) and wave ripples (indicative of a thin cover of water). 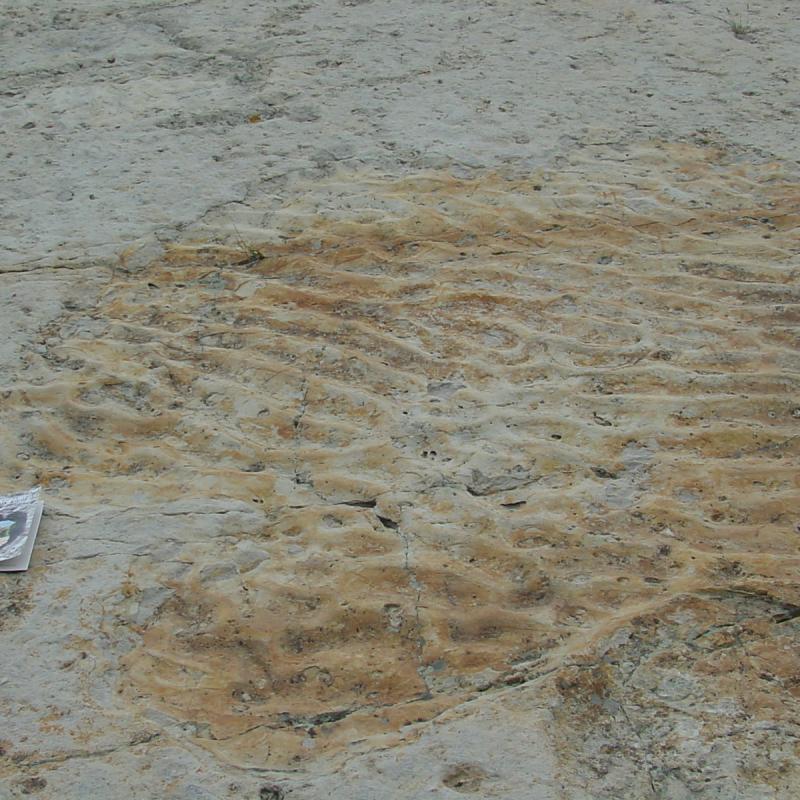 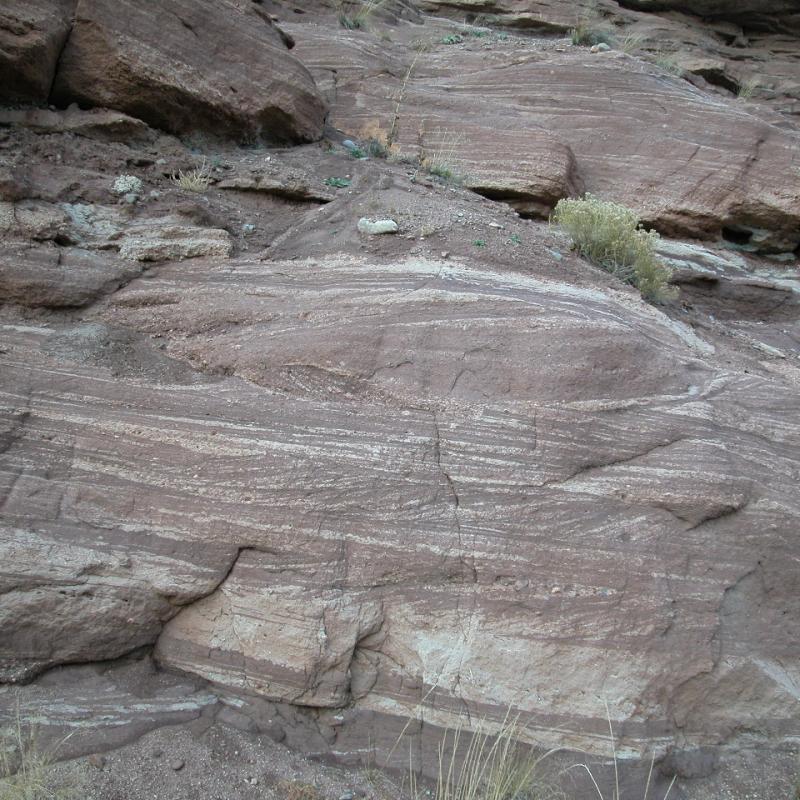 Cross-bedding, Co. Rd. 301 near McCoy --- About one third of the way up the picture are beds at an angle to the main layers.