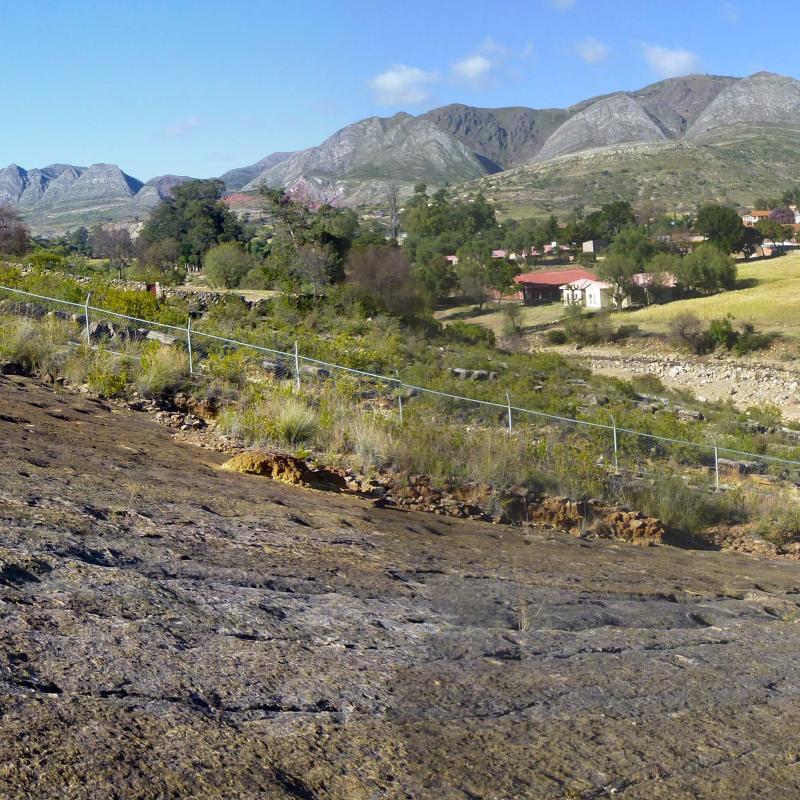 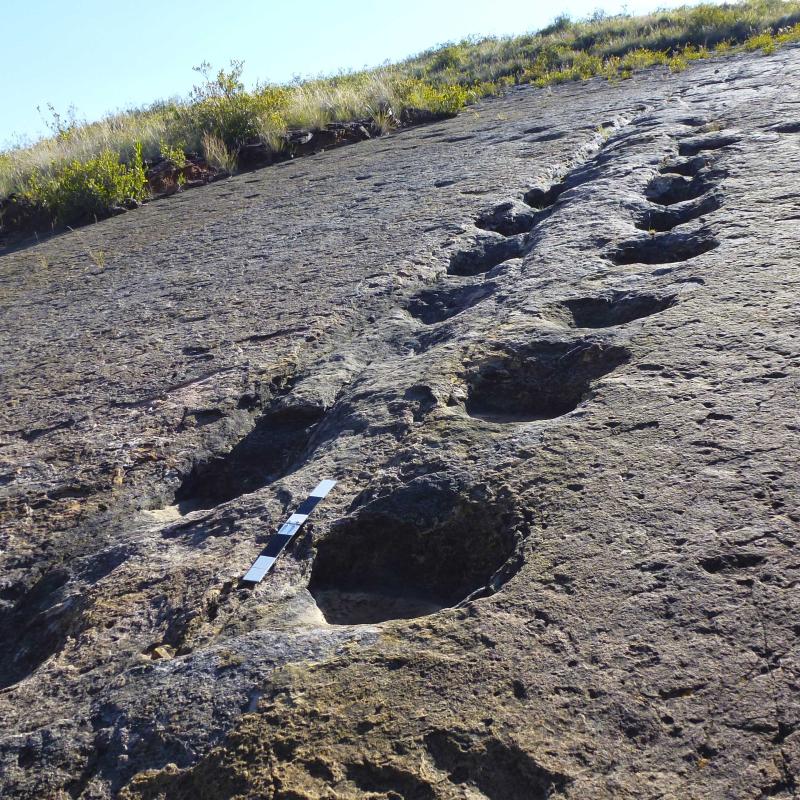 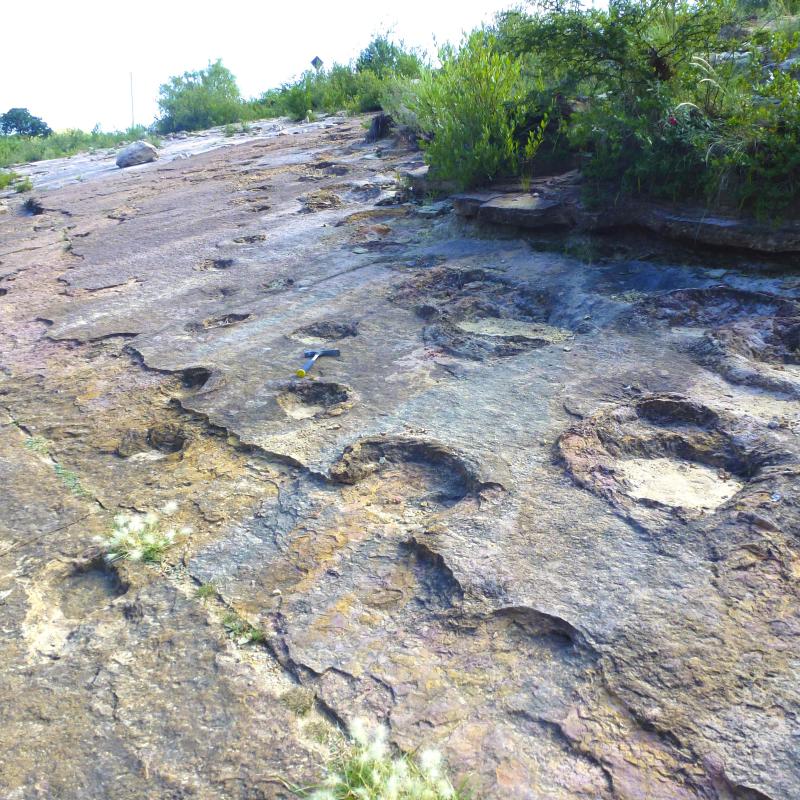 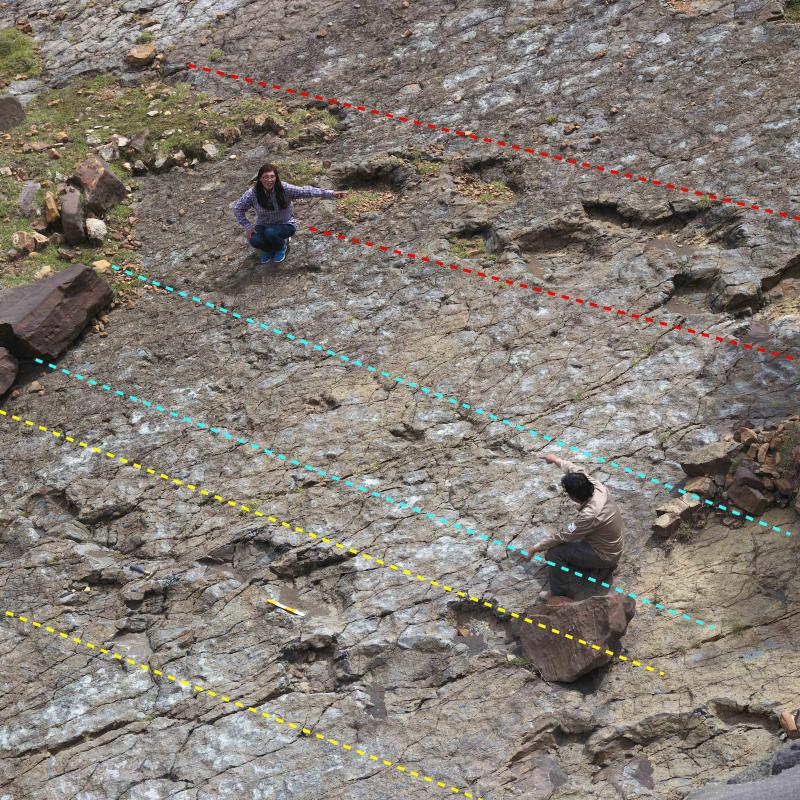 Three trackways of dinosaur footprints. The middle one was made by a bipedal dinosaur, and those on both sides by quadrupedal dinosaurs (sauropods). The rocky substrate consists of sandstones formed on a beach or coast at low tide. The substrate was originally wet and firm, but deformable. The direction of movement of the dinosaurs was to the left. 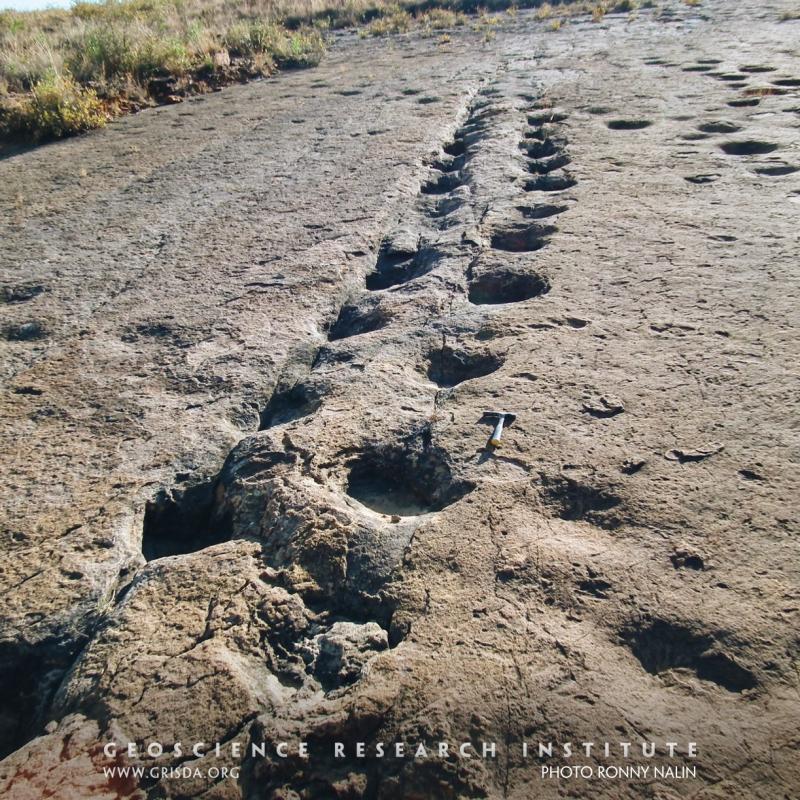 Dinosaur trackways, the main one thought to have been left by an ankylosaurid (hammer for scale). Cretaceous El Molino Fm., Torotoro, Bolivia. Well developed fossil trackways imply a special set of conditions, with sediment wet enough for footprints to remain impressed followed by prompt induration and burial. 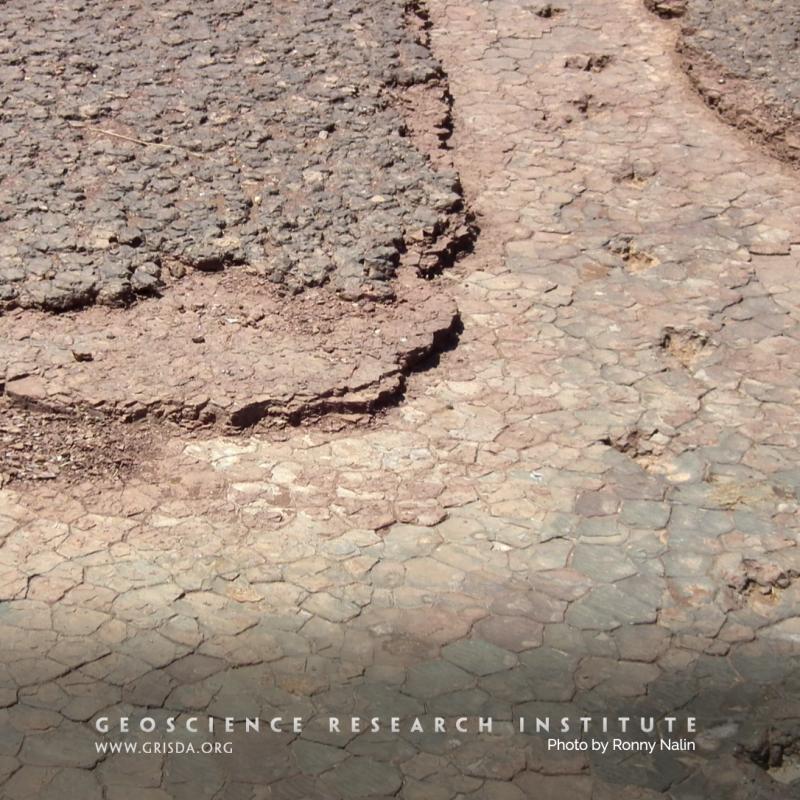 Walking on mudcracks. A dinosaur left this track in muddy sediment that shrank, forming polygons upon desiccation. Trackway exposed in Cretaceous layers from the Sousa Basin of Brazil, at the Vales Dos Dinossauros geosite. 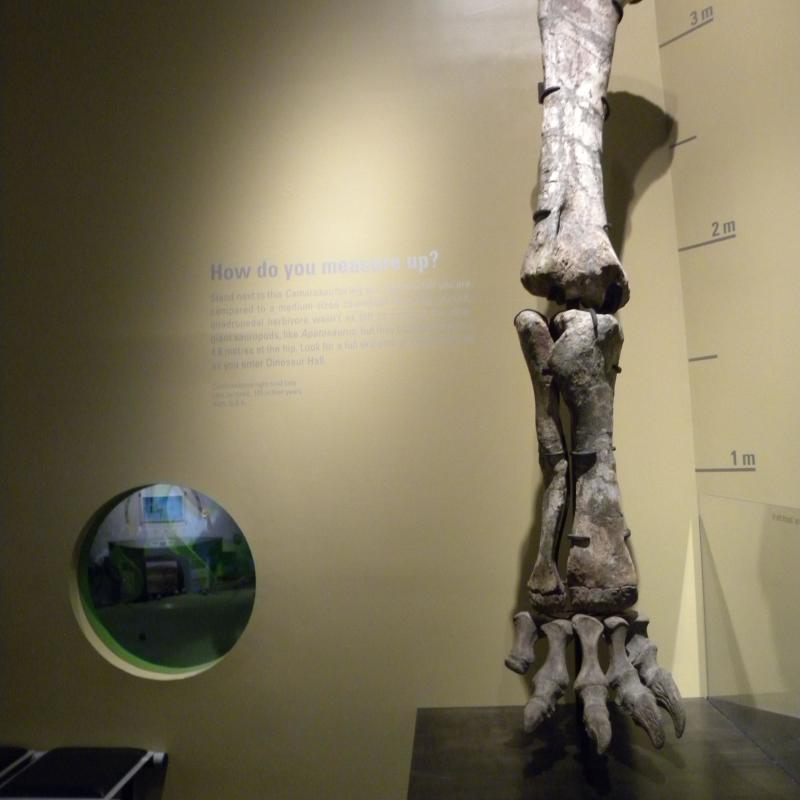 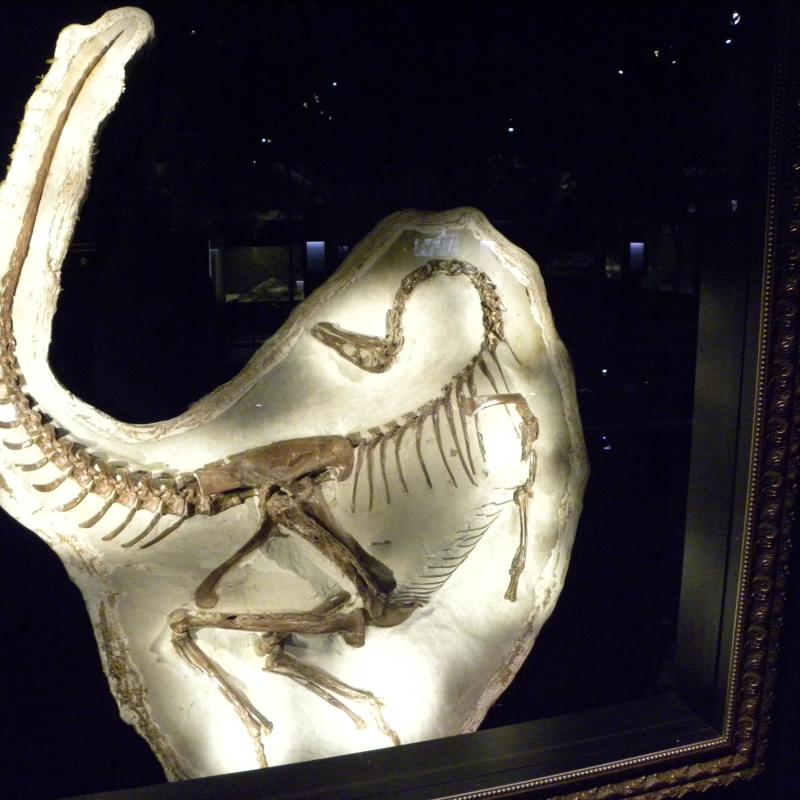 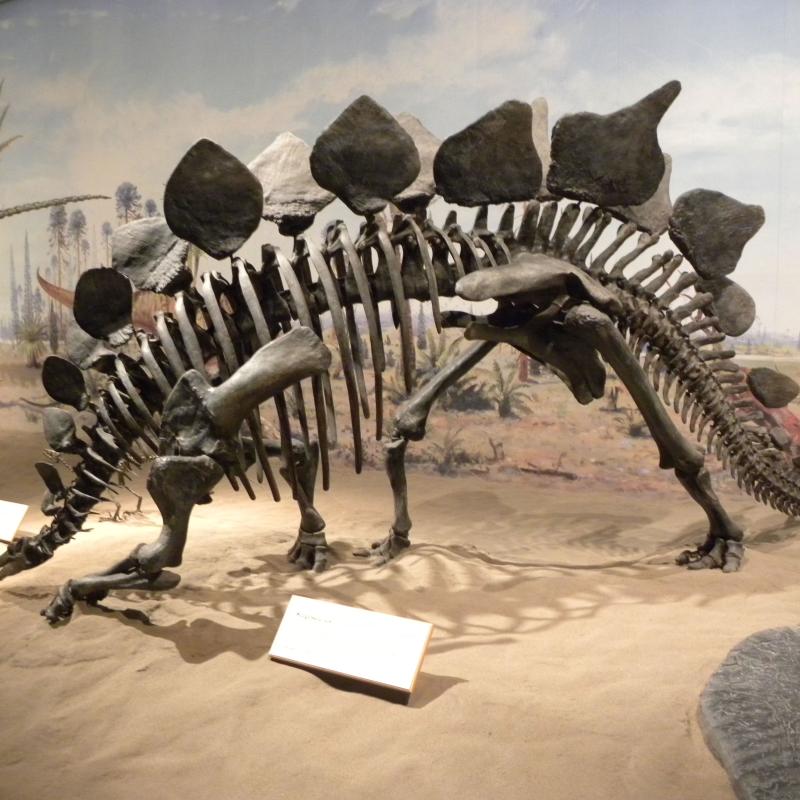 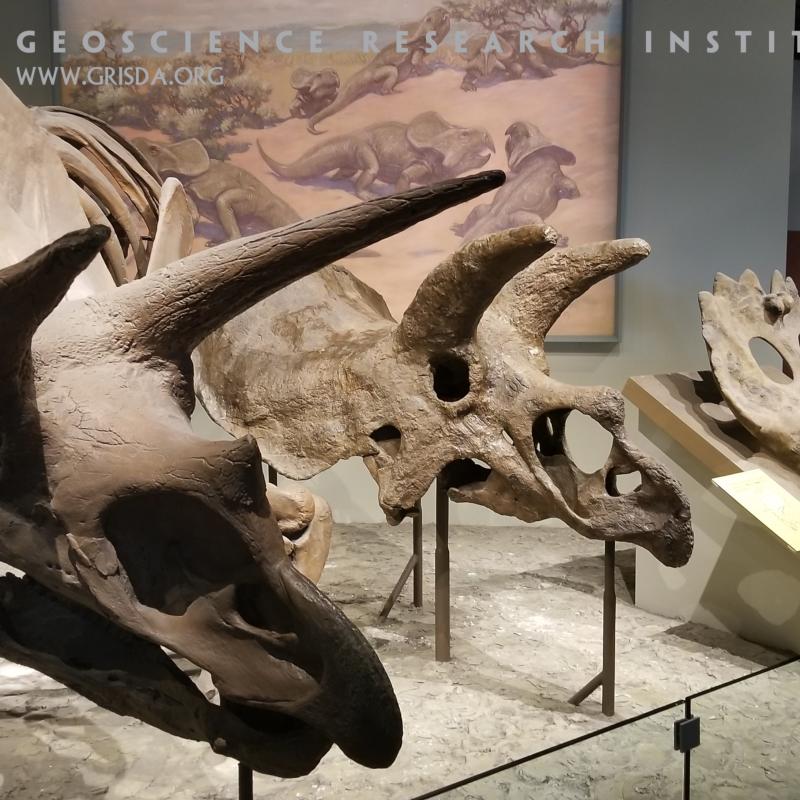 Marginocephalians are a group of herbivorous dinosaurs found in Cretaceous layers and characterized by a bony frill at the back of their skull. This photo shows specimens of 4 different species within this group, on display at the Field Museum of Natural History, Chicago. 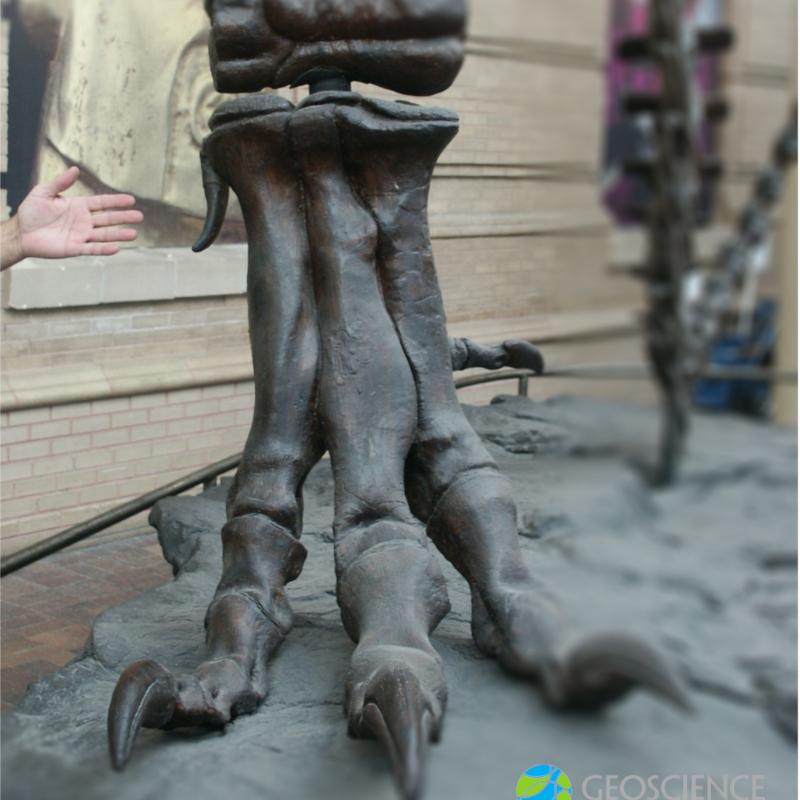 Compare the foot of this big land vertebrate with the hand of a human... Pretty massive animal, right? Can you guess the species? Well, a T. rex dinosaur, of course! This specimen welcomes you in the foyer of the Denver Museum of Nature and Science, CO, US. 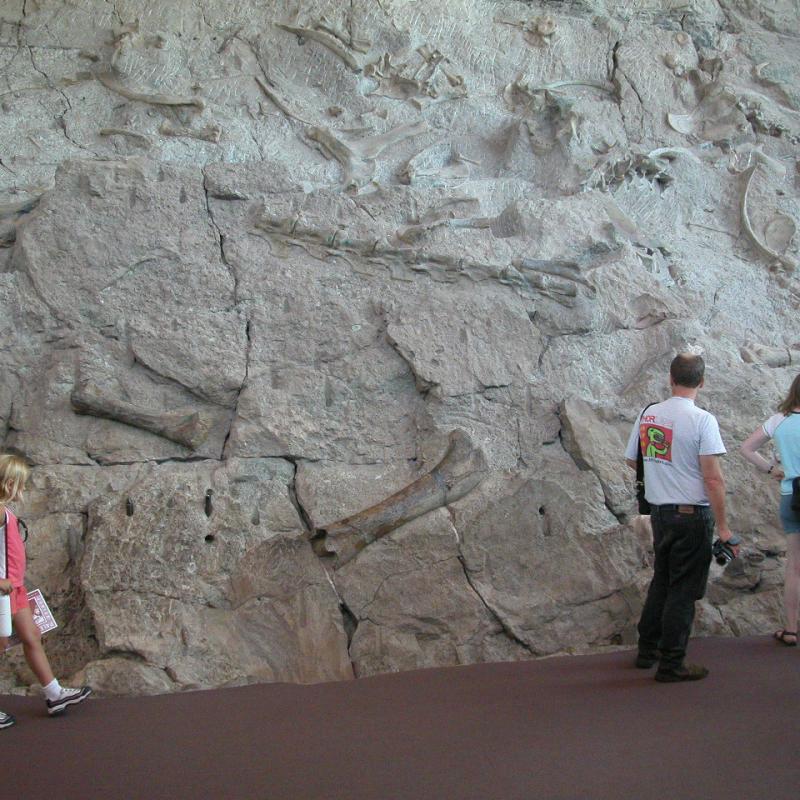 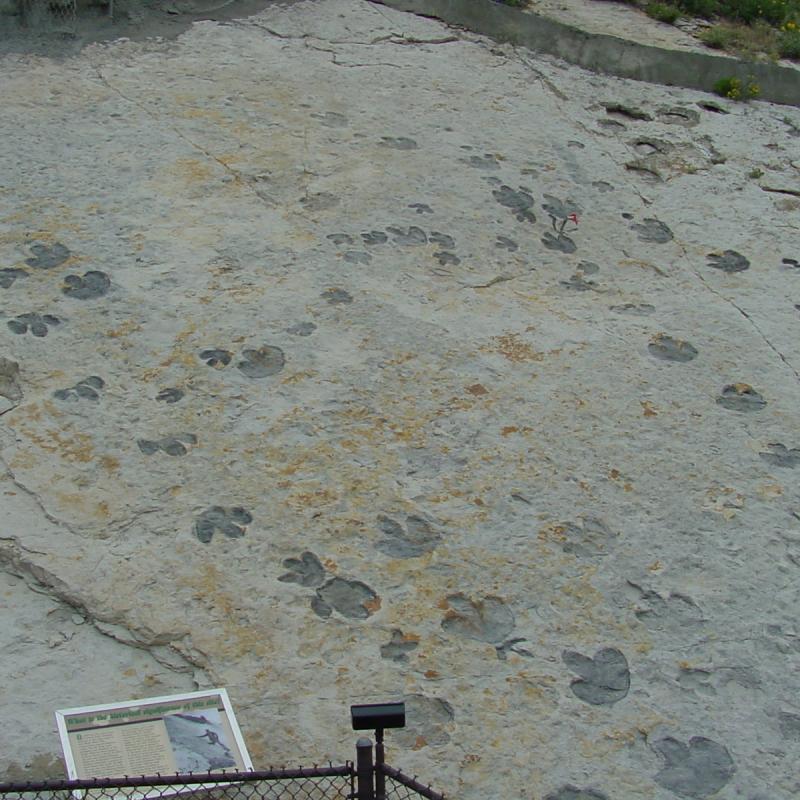 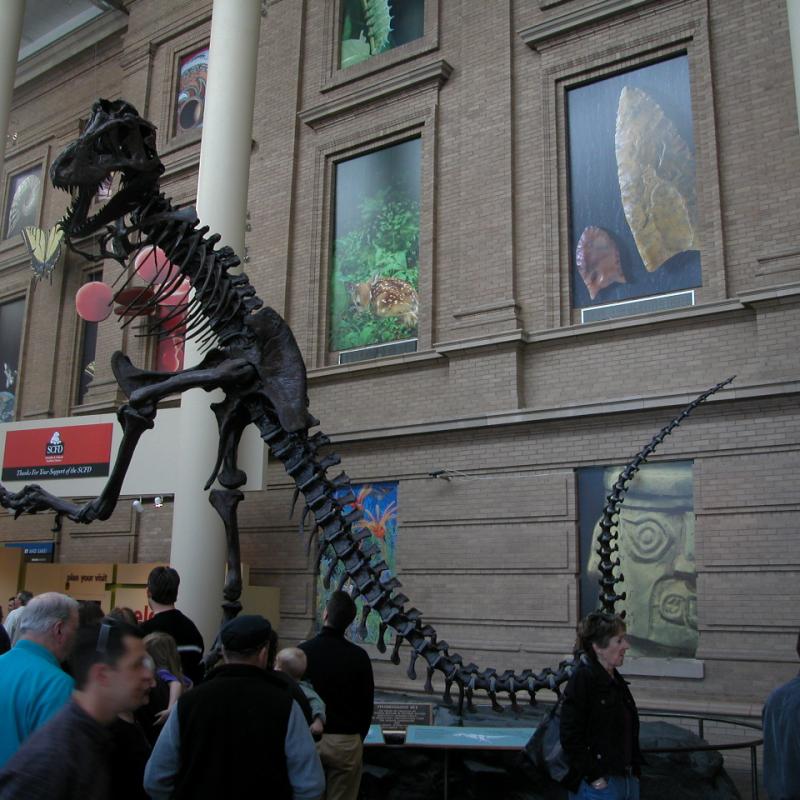