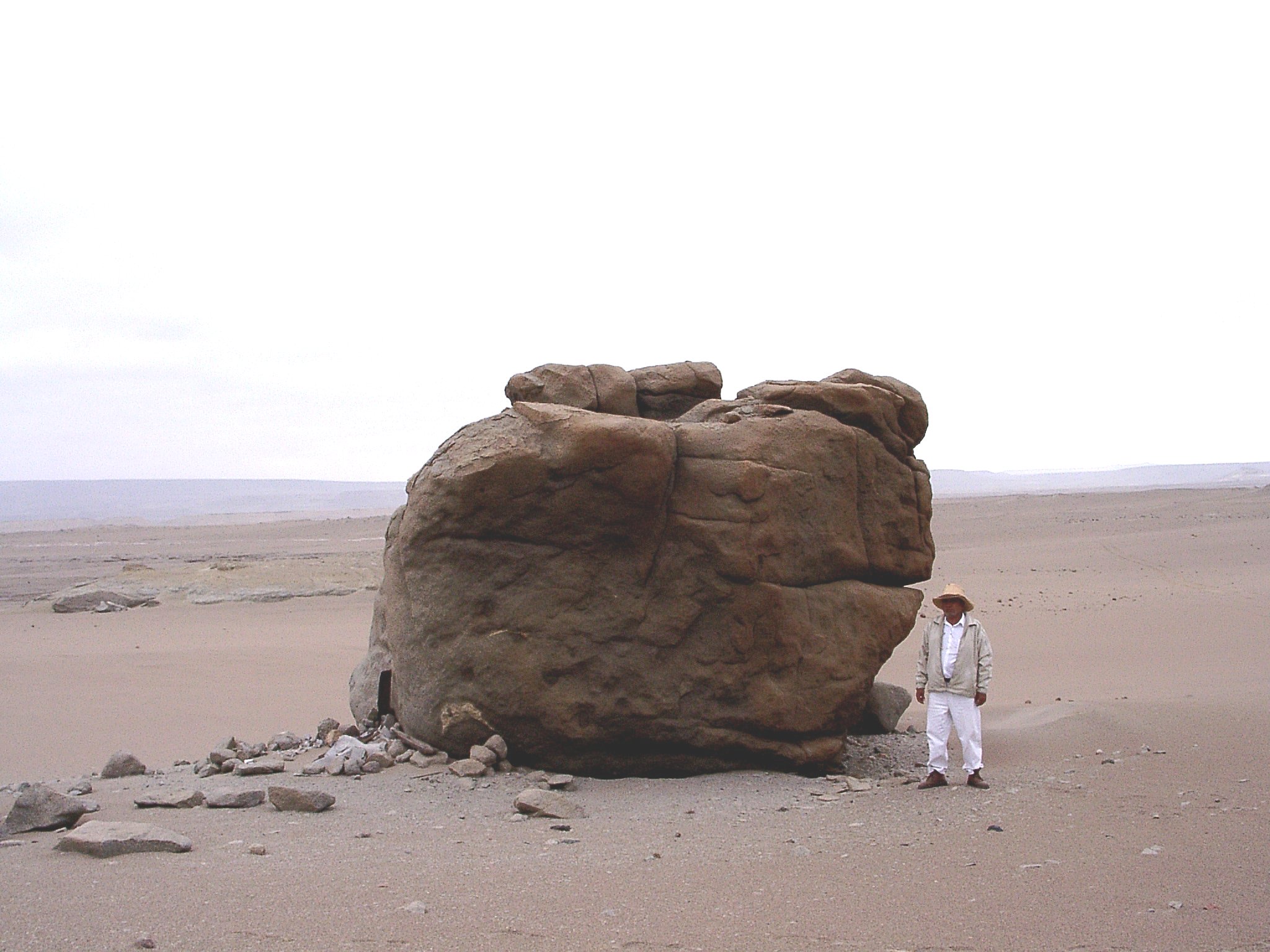 On a recent trip to Peru I encountered this huge rock [see attached photo], miles from the nearest potential source. How did it get here? What kinds of processes were involved? How fast was it moving? These and other questions re-awakened my interest in megabreccias, deposits containing huge rocks (called clasts) whose transport would require catastrophic processes on a scale (fortunately) unknown to us today. Earlier, I published an article in the journal Origins [5(1):39-46 (1978)] on megabreccias. This article details examples of megabreccias of truly immense proportions, ranging from car-sized rocks to rocks a hundred kilometers in length. Such phenomena, spectacular as they seem, are not rare. They can be seen on every continent and even some oceanic islands such as Timor in Indonesia, where blocks approach a kilometer in length. The largest rock (if I can call it such) of which I am aware is a monstrous clast emplaced in a deposit in Saudi Arabia. The rock (or mountain!) is 1 kilometer thick and covers an area of 1600 square kilometers. All current efforts to explain the movement of these blocks of rock for many tens of kilometers are laughable. Generally either a glacier is invoked or some kind of a gradient to slide the rocks. But clearly something else must have been involved.

What kind of process could bring the huge Peruvian clast, along with millions of others larger and smaller in the megabreccia deposit where this rock resides? An answer may not be too difficult to develop, since the Andes are only a few tens of kilometers distant. If the Andes arose rapidly, on a catastrophic time scale, such deposits would be the natural consequence, as broken and fragmented rocks were liberated during the uplift process. Moving under the influence of gravity and rapid tectonics and in the company of a slurry of volcanic ash and water, their transport and deposit to the present site could easily be understood. However, if the uplift of the Andes took place over millions of years, rock fragments resulting from the gradual uplift would be reduced to clay long before they could accumulate to be transported en masse for tens of kilometers to the coastal plains.

But what about the movement of the much bigger clasts mentioned in the article and above? How do you move a mass that weighs 5 trillion tons for many kms? How do you turn a 200 square kilometer slab of limestone upside down, or transport it for over 100 kms? Not by slow incremental processes over 20 million years, as the authors infer. That 20 million years is enough time by some estimates to erode all of north America to base level. The entire slab would have eroded away long before 20 million years were up. Catastrophe is the only answer that makes sense. If more and more processes in geology require invoking catastrophe, we should not be surprised, since our view of earth history predicts as much. That should encourage us to keep looking.